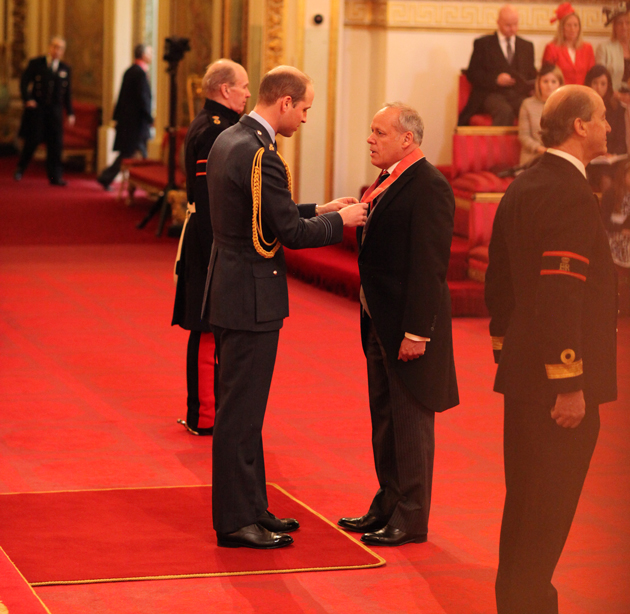 Mr Doel (pictured above), who was recognised for his work in the FE sector, was presented with the medal by Prince William, the Duke of Cambridge.

Mr Doel said it was a “great honour” to receive his CBE and a “real pleasure to be joined at the ceremony at Buckingham Palace by my family”.

“They have had to put up with many, many disrupted weekends and evenings as I have worked with my colleagues at AoC to do our best to support colleges and their students — the recognition is as much for them as for my efforts,” he added.

An AoC spokesperson said Mr Doel had been “instrumental in supporting and representing the FE sector through a period of significant challenge and change” during more than seven years with them.

She added: “Through his work, he has highlighted the importance of colleges in providing high-quality technical and professional education and training, promoting the essential role they play in providing valuable employability skills.”

Carole Stott, chair of AoC, said: “I am very pleased for Martin who thoroughly deserves this recognition.

“Over the years, Martin has ensured that colleges are highly regarded, and he has fought hard to ensure that future generations can continue to develop their talents and their careers through attending their local college.”

Mr Doel became chief executive of the AoC in 2008 but is standing down from September 1.

FE Week reported in November last year about Mr Doel’s move to a new professorship of FE and Skills at the Further Education Trust for Leadership (Fetl).

He will actually start part-time with Fetl from April 1, while continuing with AoC, before going full-time in the new post four months later.

Mr Doel moved to the AoC after a career in the Royal Air Force. He was previously director of training and education for all three Armed Services, working in the Ministry of Defence.

He was appointed OBE in 1998 for his work in support of operations in the Balkans and for his contribution to Anglo-German relations.