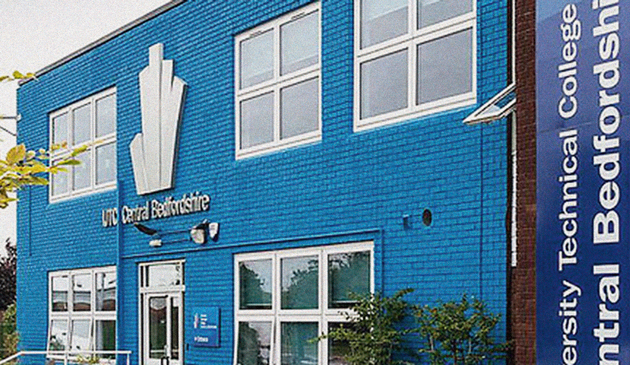 University Technical Colleges (UTCs) have been told they will get a new source of financial support, as another of their number is forced to close due to recruitment problems.

Skills Minister Nick Boles wrote to the chairs and principals of UTCs on March 3, to inform them of the “new centrally funded package of educational and financial support”, which will be accessible to UTCs in their early years.

It will be available to those that have not yet been judged good or better by Ofsted, but not to those that are subject to intervention. The letter was delivered only a week before Central Bedfordshire UTC announced that it would have to close in August this year — just four years after it first opened its doors.

Leaders at the struggling 14 to 19 vocational institution admitted it has not been able to attract sufficient pupils to provide a “financially viable experience” after this year.

It is the third UTC to close since the programme began, with Black Country and Hackney UTCs shutting last summer following problems with recruitment and viability.

The Skills Minister’s intervention in the UTC programme comes after FE Week found that 40 per cent of UTCs opened between 2010 and 2013 saw student numbers fall for the current academic year.

Exclusive research by FE Week through Freedom of Information requests found that six of the 15 UTCs opened between 2010 and 2013 saw their learner numbers decrease for 2015/16.

Central Bedfordshire UTC had only 101 students for 2015/16. This was an increase of nine on the previous year, but still meant that the UTC was only 16.8 per cent full.

Meanwhile, the new funding stream and educational support for UTCs will be delivered through a range of different channels, to help them to bed in during their preliminary years.

These include sources of advice such as an experienced mentor for the principal; support for UTCs’ trust boards through a National Leader of Governance (or equivalent); and enhanced education advisor visits in term two for all new UTCs.

The letter also describes “increasing educational and financial capability with up to two years intensive support from a Teaching School, organised via the National College of School Leadership, under similar terms as the current school to school support fund”.

The Department for Education was unable to confirm to FE Week how much this new funding would be worth per UTC or per year in total.

The Government’s focus on offering support for UTCs has been manifold. Alongside further financial provision, Mr Boles told the House of Commons last week that UTCs should function as part of multi-academy trusts (MATs) to make them stronger.

This point is also addressed in his letter, which says that “all future UTCs should be established as part of a strong MAT or within a partnership of similar depth, strength and permanence”.

It refers to “crucial educational, financial and pupil recruitment benefits” from these partnerships, and says this will be helpful in overcoming the “current hostility which some UTCs face from other local education institutions” which “makes working as a single stand-alone institution more difficult”.

For UTCs already approved for pre-opening and planning to open from 2017 onwards, the letter says “the Secretary of State will not agree to enter into a funding agreement” unless the UTC is part of a MAT or has arranged other partnership arrangements.

In response to this recommendation, Alice Barnard, chief executive of the Edge Foundation, a charity dedicated to technical, practical and vocational learning, commented: “There’s no evidence that being in a multi-academy trust guarantees better performance, but it does provide the opportunity to share resources and expertise.

“However, a lot of stand-alone academies perform very well and there are many ways to collaborate less formally with other schools, colleges and academies.”

Charles Parker, chief executive officer of the Baker Dearing Trust, which supports and promotes UTCs, said: “UTCs exist because they are needed locally and they are controlled by the employers and the university that have backed them from the very beginning.

“UTCs are always looking for robust local partnerships with supportive educational providers. These come in many forms and depend on local circumstances. One size does not fit all.”

He added: “The key factors which lead to successful UTCs are profound employer engagement and really good leadership.”