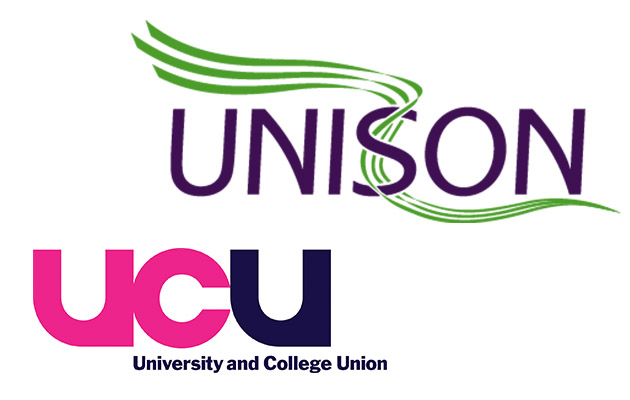 Around 200 colleges are expect to be hit with strike action today (February 24), as members of the University College Union (UCU) and Unison walk out in an ongoing dispute with the Association of Colleges (Aoc) over pay.

The unions estimate that thousands of staff, including lecturers, librarians, technicians, cleaners and caretakers, will be striking in protest at a recommended pay freeze by the national employers’ organisation AoC.

However, FE Week has spoken to a number of colleges who said they were not aware of any classes being cancelled as a result of the strike.

Meanwhile, the AoC has said it has no plans to go back to the negotiating table.

Dave Prentis, Unison general secretary, will be joining the picket line outside City and Islington College at 9am this morning.

He said: “The real villains in this dispute are government ministers, whose funding cuts over several years have left colleges in dire financial straits.

“But it shouldn’t be further education employees paying the price.

“After years of pay freezes and real terms pay cuts, staff have been left with no choice but to take action to win a fair deal.

“It’s time for the college employers to do the right thing, get back around the table and make a decent pay offer that rewards all college staff for their dedication and hard work.”

Today’s joint action, which follows a walk out in November by UCU members, comes after a ballot last month in which two thirds (65.7 per cent) of Unison members who voted backed strike action.

The vote was in response to a zero per cent pay offer for 2015/16 made by the AoC over the summer.

A ballot of UCU members in October resulted in 74 per cent of those who voted (4,184) backing industrial action.

Sally Hunt, UCU general secretary, will be addressing a rally at the Emmanuel Centre in London from 1.15pm, alongside shadow business secretary Angela Eagle.

Ms Hunt said: “A pay freeze is an insult to the commitment and enthusiasm of staff working in further education, and fails to address the real-terms pay cut they have suffered in recent years.

“Strike action is always a last resort but our members are clear that the Association of Colleges needs to return to the table with an appropriate pay offer in order to resolve this dispute.”

Marc Whitworth, the AoC’s director of employment policy and services, said: “Strikes are very disruptive for colleges and more importantly for students.

“The pay recommendation of zero per cent made by the Association of Colleges reflects the specific financial challenges faced by our members.

Unison has around 25,000 members in FE colleges. Unison members will be taking action in around 170 colleges, a spokesperson said.