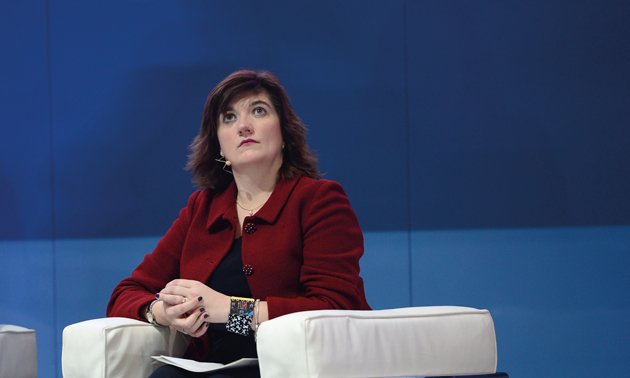 Nicky Morgan, the Education Secretary, has made the controversial decision to only part-fund providers’ 16 to 18 apprenticeship growth requests, FE Week understands.

The revelation comes less than two weeks after many providers were left short-changed after the Skills Funding Agency announced on February 5 that £25m additional funding would be available for 16 to 18 apprenticeships.

The extra cash, which should have been announced on January 8, was in response to growth requests submitted by colleges and training providers to help fund apprenticeships and traineeships in 2015/16.

However, many providers received significantly less than they had requested for apprenticeships, and there was no extra money for traineeships.

As exclusively revealed in FE Week on January 29, the delay in announcing the funding was due to the Department for Education (DfE) over-allocating its discretionary fund for 2015/16.

An unnamed source told FE Week that this overspend had led Ms Morgan to have to make a ministerial decision over which areas would be cutback.

When asked by FE Week if the allegations were true, a spokesperson for the DfE said: “We have allocated an additional £25m for 16-to-18 apprenticeship recruitment this year in support of this government’s commitment to deliver three million apprenticeships by 2020. This will ensure all current apprentices can be funded. We will review the position again in April.”

When asked to confirm or deny Ms Morgan’s actions, the spokesperson said it had nothing to add to their statement.

Access Training, based in Nottingham, was one of a number of training providers that contacted FE Week following the SFA’s announcement to say it had been left out of pocket.

She had been told by her SFA adviser that “I’ve actually done quite well compared to a lot of other providers that he looks after.”

“It is ridiculous that we’re in a state where the government have set a target of 3m apprenticeships and there is a commitment to train more people and help move them into employment and they are now putting that at risk and not funding things,” Ms Hembury said.

Stewart Segal, chief executive of the Association of Employment and Learning Providers, said that many providers “can ill-afford this stop-start approach” to developing apprenticeships.

“The position on traineeships is even more disappointing as the programme is still in its early stages and needs continued support to establish the credibility of the programme,” Mr Segal said.