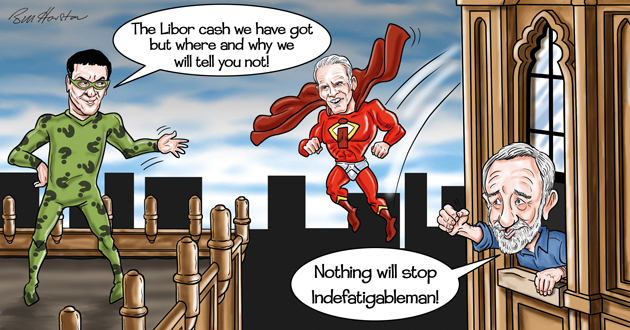 The Shadow Skills Minister has been left frustrated with a “misleading” answer to a parliamentary question he lodged over what happened to Libor fine cash for apprenticeships promised by the Prime Minister.

David Cameron announced last April that if he won the general election, his government would fund 50,000 apprenticeships and traineeships for unemployed 22 to 24-year-olds using a £200m pot from fines paid by bankers in the wake of the Libor scandal.

The Government has refused to answer a string of questions lodged by FE Week, asking what happened to the key election promise widely reported in The Sun, the Financial Times and BBC.

He has now received an answer, but complained to FE Week that it “didn’t answer the question”.

Mr Marsden had asked Chancellor George Osborne what progress his department had made “on incorporating the proceeds of the £227m fine imposed on Deutsche Bank, in relation to their Libor activities into a new three-year fund to create 50,000 apprenticeships”.

“The BIS spending review settlement for apprenticeships reflects the government’s commitment regarding the proceeds of the Libor fine the FCA announced in April 2015.”

After reading this, Mr Marsden told FE Week on Monday: “They [Treasury officials] didn’t answer the question, which was really quite simple. There has been a vague allusion to it [what happened to the Libor fines money], but little more which is misleading.

“We will press further on this, with further parliamentary questions if necessary, when we return to parliament next week.

“If the money really has been spent on apprenticeships and traineeships, why can’t the Government show us the figures?”

It comes after Labour leader Jeremy Corbyn told FE Week on 7 February he was confident Mr Marsden would get to the bottom of what had happened to the Libor pot, adding he “has indefatigable skills at following things through”.

FE Week also went back to the Treasury to point out that the only settlement announced in the spending review specifically for apprenticeships related to the planned new levy on large firms — which had nothing to do with Libor.

We added that Mr Cameron said in April that a specific sum (£200m from Libor fines) would be allocated to fund training for a set number (50,000) of older learners, not that it would be incorporated into wider skills funding.

But a Treasury spokesperson declined to say whether the £200m had already been spent, or if Mr Cameron’s plan to reserve it specifically for apprenticeships and traineeships for 22 to 24-year-olds had been scrapped.