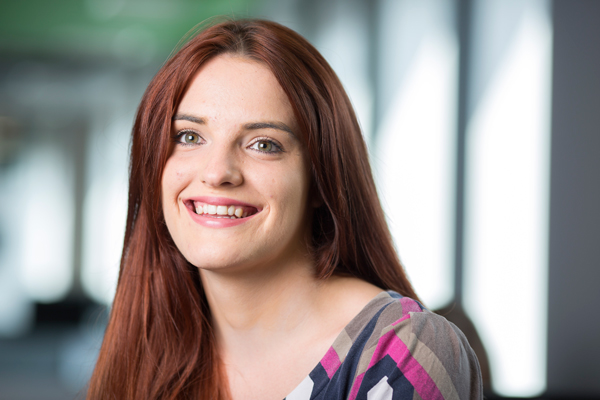 The government has been urged to review transport arrangements for post-16 special educational needs or disabilities (SEND) students, after it emerged that councils in the north east want learners to start paying towards their college travel costs.

A spokesperson for the Association of Colleges (AoC) called on the government to review the situation, after suggesting that more cash-strapped local authorities could be doing the same thing.

She said: “Everyone must now stay in education or training until their 18th birthday.

“But unfortunately because transport for 16 to 18-year-olds, including those with a learning difficulty or disability, is not a statutory priority for local councils, it is one of the areas which gets cut. The government needs to review this situation.”

Maddy Kirkman (pictured), disabled students’ officer for the NUS, which has made improving FE learner transport a key aim of its new #FEunplugged campaign, said: “It is outrageous that councils are considering taking this step. Decision-makers should be ashamed of themselves for once again making SEND learners the target of regressive policies.”

A report approved by Sunderland City Council’s cabinet on January 13 said it “currently procures taxis for 245 students with SEND [aged 16 and above]”.

“It is proposed the council would continue to arrange and provide the taxi transport, but parents/ learners would contribute an amount of money towards this,” the document reads.

“It is proposed that consultation take place on a contribution level [£651 per year].”

A spokesperson for Newcastle City Council, which declined to say how many learners would be affected, said: “As part of our 2015/16 budget consultation process, the council consulted on proposals to introduce a charge for a proportion of the cost of transport for post-16 learners with SEND.

“The proposals were approved, but no charges have yet been introduced. We have been in discussion with other local authorities in the region about introducing such charges.”

Gateshead Council, which currently has around 80 post-16 SEND learners, also confirmed it planned to introduce charging from September if the proposals were cleared by cabinet, but declined to comment further.

A Department for Education spokesperson said: “We want all children, regardless of their circumstances, to have access to the best possible education. Transport to education and training for learners with special educational needs and disabilities is a matter for local authorities.

“We expect them to put appropriate arrangements in place and make reasonable decisions that are best suited to local circumstances.”