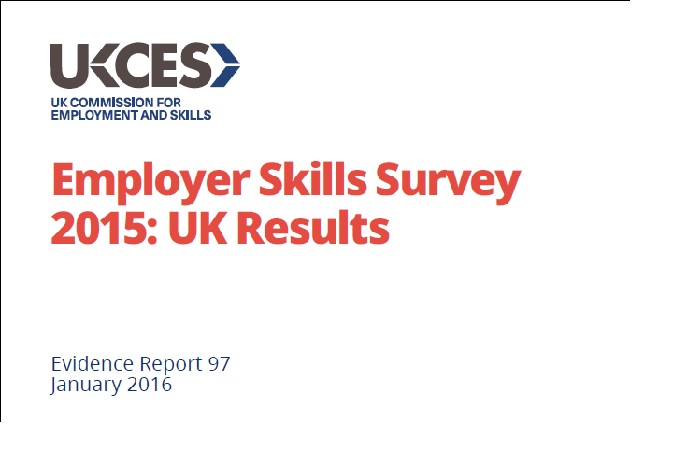 Vacancies that go unfilled because employers can’t find workers with the right skills are a “growing challenge”, a survey of more than 91,000 employers has revealed.

The Employer Skills Survey (ESS) 2015, published today by the UK Commission on Employment and Skills (UKCES), found that 23 per cent of vacancies went unfilled because of skills shortages – a proportion that has not changed since 2013, despite a 42 per cent growth in the number of vacancies in the UK overall.

“This year’s survey points to continued growth in recruitment,” Douglas McCormick, UKCES commissioner, wrote in his foreword to the survey.

“But what ESS 2015 also shows is the other side of the coin – the dark side of this increase in recruitment is that a growing number of jobs are being left unfilled because companies can’t find the right people with the right skills.”

The 243-page report, made up of interviews with businesses across all sectors of the UK, revealed that jobs in skilled trades, machine operating and professional roles were most affected.

Reading, writing and numeracy were among the skills the employers said prospective employees were lacking, with around 25 per cent of applicants falling short in those areas.

The skills gap within employment has fallen since 2013, but 14 per cent of employers still report that they have employees who don’t have all the skills they need to do their job.

The survey also revealed “over two-thirds of employers that had difficulty filling their vacancies solely as a result of skill shortages had experienced a direct financial impact through either loss of business to competitors, or increased operating costs.”

Claudia Harris, chief executive of the government funded Careers and Enterprise Company said: “Since UKCES’s last survey, the UK has left recession and is enjoying a fairly sustained period of growth; yet youth unemployment remains three times the average.

“We know already that 60% of businesses believe school leavers lack the skills to succeed in work. So, with the skills shortage persisting and youth unemployment continually above the national average, it is clear that more can be done to equip young people with the skills businesses need before they leave education. Simplifying the process for education providers and businesses to work together is vital to bridging this gap.”

David Hughes, chief executive of the Learning and Work Institute described these latest figures on skills shortages as “alarming”.

“This research sends important messages to employers, the government and to people interested in careers,” he said.

“We need to understand the underlying issues behind these figures and recognise that the current employment and skills system is not operating effectively.”

Neil Carberry, director of employment and skills policy and the Confederation for British Industry said the skills gap is “having a direct impact on UK firms’ ability to compete, particularly in high growth sectors”

He added that despite businesses being “committed to training and developing their staff” the new large employer tax from April 2017, known as the apprenticeship levy, “may act as a disincentive by increasing the cost of taking on apprentices.”

When asked about the UKCES findings a spokesperson for the Department for Business, Innovation and Skills said: “We want to equip young people with the skills they need to succeed and give businesses the talent they need to grow.

“That’s why we are committed to 3 million apprenticeships by 2020, including many more degree apprenticeships that deliver the high-tech, highly demanded skills our economy needs.”