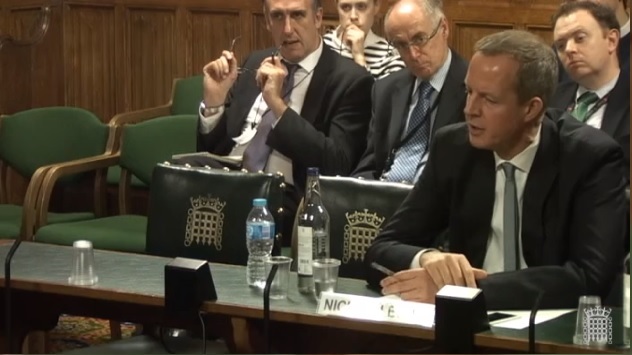 Small businesses will get the apprenticeship levy leftovers after large employers have used up their share, Skills Minister Nick Boles confirmed today.

He was speaking in front of MPs at an evidence session for the Education, Skills and Economy Sub-Committee, at which he answered questions on FE-related issues including apprenticeships, careers advice and the Institute for Apprenticeships, as well as the levy.

“While it will be possible for any employer who pays the levy to use their contribution on their own apprenticeship across the economy we don’t expect all employers to use all their money,” he said.

The government’s English Apprenticeships: Our 2020 Vision document, published in December, had said that where levy-paying employers don’t use all their levy funds, they would be made “more widely available” – but Mr Boles’ comments appear to be the first time that details have been revealed of how that would work.

Speaking about the new Institute for Apprenticeships, Mr Boles said it would have a “very important role” as the “guarantor of quality in the apprenticeship system”.

The new institute would have an “arms-length” relationship with government, Mr Boles said, and its board would be made up of “mainly business leaders”.

“We are introducing this new levy, so it’s important that they [businesses] feel they are in control of what they are being required to invest in,” Mr Boles said.