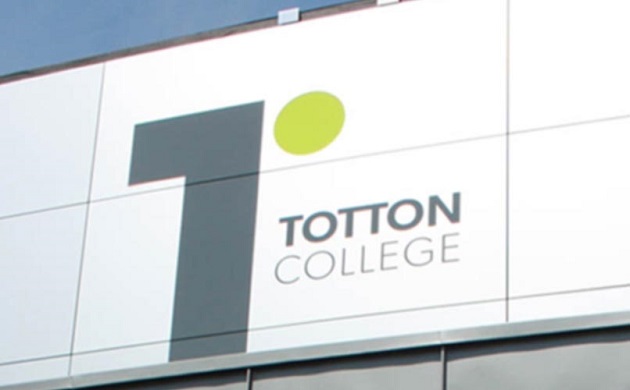 A struggling sixth form college is consulting on a restructuring plan that it is thought could lead to dozens of job losses.

Totton College, which was branded as inadequate by Ofsted in June last year, announced on Thursday (January 21) that it had begun consulting with staff in a process that it said will “determine the future path of the college”.

The move comes after the college merged with social justice charity Nacro, which uses skills and training to reduce crime and re-offending in English and Welsh communities, on December 1.

In a statement, the college said that 39 members of staff were “potentially affected”.

The college did not say how many jobs were at risk, but it did say that some of those affected would only see a reduction in hours.

A number of new posts – equating to 14 full time equivalent (FTE) – are likely to be created, it said.

Mark Sellis, interim principal at Totton College, said: “We have to make sure the college is ready to meet the challenges of the future.

“Change is therefore inevitable – difficult as that is for all of us here – and we now await the outcome of the consultation to see how far-reaching that change will be.”

“The future of Totton College depends on the decisions we make now,” said Josh Coleman, education principal at Nacro.

“These proposals would safeguard the college’s financial future,” he added.

Caryn Symons, regional official for the Association of Teachers and Lecturers (ATL), which represents some staff at the college, said that Totton’s future had been “uncertain” for a long time.

“Staff morale is already low due to the stress from a huge amount of change and uncertainty about the college’s future,” she said.

“It is sad that staff who have already been through such a turbulent time are now facing more stress as they fear for the future of their jobs.”

The proposed restructure comes after a troubled couple of years for the 3,600-learner college.

A financial notice to improve from the Education Funding Agency (EFA) in spring 2014 was followed by a visit from the Sixth Form Commissioner, Peter Mucklow, in October 2014, after concerns were raised about a lack of improvement in the college’s finances.

In December 2014, Mike Gaston, then Totton principal, announced the college would be seeking a merger after Mr Mucklow warned in his report on the college that it could no longer function alone.

The merger with Nacro was announced in June last year, after governors at Totton’s first choice partner Eastleigh College rejected the proposal.

At the same time, the government paid a “one-off settlement” to write off Totton’s pension liabilities, FE Week exclusively revealed.

The National Union of Teachers (NUT), which also represents staff at the college, was unavailable for comment.