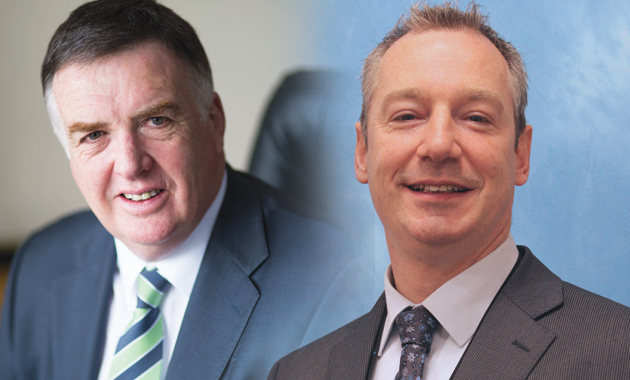 John Laramy has been appointed as the new principal of Exeter College, replacing Richard Atkins who will retire in March.

Mr Laramy, who has been vice principal of Exeter college since 2009, will take up his new post at the start of April.

He was selected by the board of governors to lead the college, which was rated ‘outstanding’ by Ofsted in 2014, after a national recruitment and selection process.

Philip Bostock, chair of governors, said: “We had a strong field of candidates and a robust selection process and I am delighted that John Laramy emerged from that as the unanimous choice of governors.

“Working alongside our hugely respected retiring principal, Richard Atkins, John has been instrumental in driving our relentless progress towards outstanding teaching and learning for all our students and our position as one of the country’s foremost FE colleges.”

Mr Laramy said he was “delighted” to have been chosen.

“I am privileged to have the opportunity to lead one of the best colleges in the country. Exeter College is exceptional, and I look forward to working with students, staff, governors and stakeholders to build on its success in the future,” he added.

Current principal Richard Atkins, who joined Exeter College in 2002, said: “John has been an excellent vice principal at the college over the past seven years and has made a huge contribution to our many successes.

“I am not surprised that he came through a rigorous national selection process successfully. He is passionate about teaching, learning and the student experience and I am sure that he will lead Exeter College forward to achieve many future outstanding successes.”

Mr Atkins set his retirement for the end of March 2016 last October, after a consultation with the Exeter College’s governors. The recruitment process began after this and interviews for the role of Principal were held this week, with Mr Laramy being finally selected yesterday (January 20).

In the past, Mr Laramy has also worked part-time at North West Kent College and in a number of roles at North Devon College, including in the senior management team.

He sits on the Exeter Mathematics School Board, a partnership between Exeter University and Exeter College, and is a member of the Chartered Institute of Building.

Exeter College undertook a joint feasibility study last summer with Petroc College, to consider working more closely together. In September 2015, the boards of both agreed to remain independent corporations and colleges.