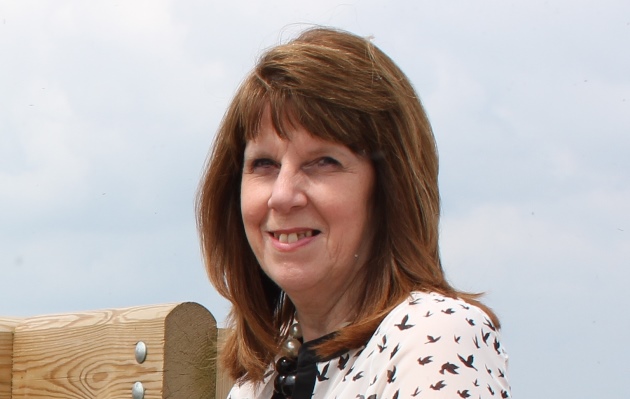 With Dr David Collins receiving a knighthood and Association of Colleges (AoC) chief executive Martin Doel gaining a CBE , there’s no doubt that FE was well represented when the awards were announced.

More than 20 sector-related figures were awarded, and one of the less widely known but equally deserving figures was Sally Cooke whose career in making technology accessible has seen her work with many FE providers, including Myerscough College, which granted her an Honorary Fellowship PhD in 2014. She is now able to add an OBE for services to FE, accessibility and inclusion to her achievements.

Most recently a director for TechDis, a Jiscfunded advisory service on technology and inclusion, Ms Cooke said she was “delighted” and “humbled” by the award.

“Many will know that FE & skills has been my passion for over 30 years … It seems fitting to me that other recipients on this year’s list include many people working (often voluntarily) for the benefits of those individuals who need to able to live and learn independently, which is a skill that I am proud to say FE providers work so hard to try and provide,” she added.

Helping FE learners master maths led to York College’s Margherita “Miggy” Biller earning her MBE. The many achievements of the head of maths at York, who has worked in FE for the last 44 years, include supporting student Daniel Lightwing throughout his selection process for the British International Maths Olympiad team. The team went on to win four silver medals and a bronze in 2006.

Principal Alison Birkinshaw said: “I join staff and students at York College in congratulating Miggy on her MBE. We all know she is thoroughly deserving of this honour.”

An MBE for services to FE and the community in Sutton and Croydon was a special surprise for Anita McGowan, lecturer and tutor at Croydon College, as she celebrated her birthday over the New Year. Previously working in law firms, she now lectures in human resources at the college, was elected academic staff governor in 2012 and works with community groups.

“Hearing about the nomination and the award just before Christmas and keeping it quiet from family and friends has taken tremendous effort,” she added.

For Kate O’Rourke, vice chair of the governing body at City and Islington College, receiving an MBE for services to FE was “just the cherry on top of the ice cream”.

A qualified solicitor, Ms O’Rourke has been a member of the college’s governing body since 1996 and became vice chair in 1998. Her work has included a special focus on championing adult learning. Ms O’Rourke said: “I feel very privileged to have been part of the City and Islington College for so long as it has given me wonderful opportunities to work with great people, and for such a great enterprise.”

Philip Round, ex-chief executive of Herefordshire & Worcestershire Group Training Association, was awarded his MBE for services to apprenticeships and skills. Mr Round retired last year after 35 years with the association, which delivers work-based training and apprenticeships. He said: “I benefited from a superb start to my own career through an apprenticeship and have tried to promote this route and make it accessible.”

Receiving an MBE was a “shock” for Donald Graham, the vocational programme manager at Foxes Academy, a specialist college for 16 to 25-year-olds with learning disabilities in Minehead. “I could not believe that it was for me,” said Mr Graham. “I feel so proud to work for Foxes Academy and fortunate to have been given the opportunity to achieve such prestigious recognition on their behalf.”

Clare Harrigan, chair of the board of governors at Leeds College of Building, also gained an MBE for her work.

Ian Billyard, principal at Leeds College of Building, said: “Clare’s experience and passion for the built environment has been invaluable to our college over 15 years in her role as governor and then as vice chair and chair. Her knowledge and support proved pivotal in our continued success.”

Eva Lambert received an MBE for services to sport, education and health in the local community.

Ms Lambert has spent over 30 years contributing to community life in Huddersfield and has worked closely with Greenhead College, where she was previously a governor from 2003, vice chair from 2008 and chair of governors from 2010 to 2015.

The college gave a statement praising her work, saying: “Eva has consistently made a difference to the people she belongs to and loves. The award of MBE is an honour which recognises the value of an individual’s service to the community and in the case of Eva Lambert it is a richly deserved distinction”.

Stewart Segal, chief executive of the Association of Employment and Learning Providers, said: “It was very good to see the recognition that strong supporters of apprenticeships and offender learning have been given in the New Year’s Honours.

“With the priority that the government is giving to apprenticeships and traineeships, we hope to see more frontline deliverers of these programmes achieve recognition in the future as well as others making a difference with programmes under the new Adult Education Budget.”

David Hughes, chief executive of the Learning and Work Institute also commented on the honours: “Its fantastic to once again see key figures from across the education and skills sector getting the recognition they fully deserve.

“Martin Doel has been a powerful voice for the sector, during a period of significant change. I’m delighted he’s been recognised for the important role he’s played in championing colleges, tutors and learners themselves during his incredible tenure at the AoC.

“Richard Ward has been an incredible advocate for the sector, as well as a longstanding supporter of Niace [National Institute of Adult Continuing Education]. We look forward to continuing to collaborate with and support Richard for the years ahead as the Learning and Work Institute.”

Carole Stott, chair of the AoC board, said: “We are pleased to see that the hard work and dedication of so many college principals, teaching staff and governors have been recognised in this year’s New Year Honours list. They work tirelessly to ensure that their students receive top-quality education and training and this is reflected in their awards.”

Click here to see the full New Year’s Honours List and here for an expert piece by Catherine Hill, deputy principal at Blackpool and the Fylde College, who was awarded an OBE for services to FE this year.