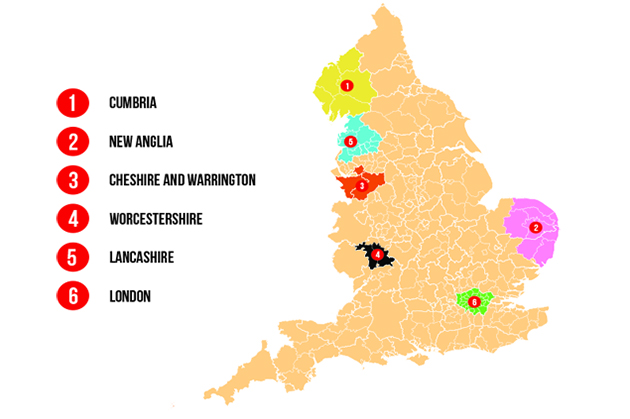 The third round of invitations to tender for delayed European Social Fund (ESF) contracts have been published.

While one contract has been tendered for each of the first five Leps, a total of 28 have been issued for London, worth around £30.2m.

The other five LEP area contracts are collectively worth £7.9m, making the third round of invitations worth more than £38m in total.

The Skills Funding Agency (SFA) unveiled the new invitations to tender on through the government’s ‘Contract Finder’ web portal with the following details:

The contracts for London are as follows:

The timeline for the ITTs (below) means that applicants have 22 working days to respond, slightly fewer that the 27 day period available for the previous round of ESF contracts. After tenders have been awarded on May 6, winning bidders will have 11 working days before delivery commences from May 24, which is the same time frame allowed in the previous round.

It comes after the second round of invitations to tender for ESF cash totalling £16.2m was published on December 14 for four Lep areas — Swindon and Wiltshire, Greater Manchester, West of England, and Cornwall and Isles of Scilly.

It followed a report by FE Week on December 11 on concerns held by director of employment and skills at the Association of Employment and Learning Providers (AELP) Paul Warner that drawing-out this ESF tendering process — through a series of rounds instead of in one go — could lead to sub-standards bids being submitted.

Providers who were unaware of future tenders, he warned, could win a contract only to find delivering it might hamper their ability to deliver ESF provision put to market at a later date.

Such a situation might, he suggested, put ESF contract-winning providers off going for further contracts despite having the necessary expertise.

It had previously been exclusively revealed by FE Week on December 4 that the Lep areas the invitations to tender would go to included Stoke-on-Trent and Staffordshire, and Solent (covering the Isle of Wight, Portsmouth and Southampton).

The combined value of these contracts is £15m.

Furthermore, FE Week exclusively reported on November 10 that the SFA was planning to run a “sequence of procurement” for handing out £650m of delayed ESF cash, which must be finished by the end of September next year at the very latest to allow a minimum delivery period of 18 months.

It followed a summer when ESF-funded providers were forced to lay-off staff as a result of delays with issuing new ESF contracts.

It is thought this was caused by disagreements between the British government and the European bureaucrats over what role local enterprise partnerships should play in the process.