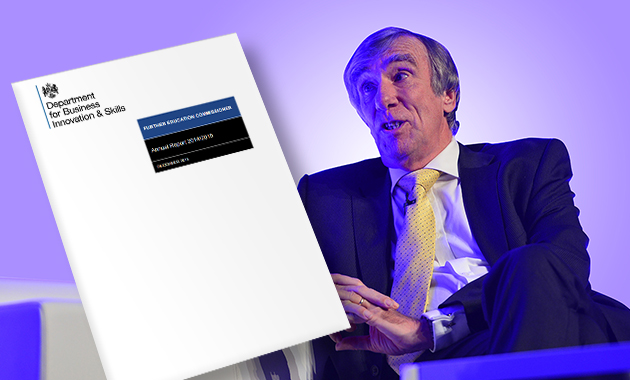 The FE Commissioner’s 2014/15 annual report found a number of examples of good practice in colleges across the country, particularity in response to the outcomes of the government’s area reviews so far.

These included board members recognising gaps in their own skill sets and seeking “qualified financial expertise” and “significant local employer input”, and positive efforts from interim senior leaders to restructure provision in the interests of staff and students.

However, in concluding the report, FE Commissioner Dr David Collins said there were “still a number of problems in colleges that could be considered to be ‘basic’ and highlighted in last year’s report, which the majority of the sector has long since addressed”.

1. The Role of the Clerk

The FE Commissioner’s report found that in colleges visited this year there was “a variety of clerking arrangements”.

Minutes of meetings were described as “inadequate”, suggesting that “there has been only limited debate and discussion of issues”.

In other situations, clerking arrangements were found to be “relatively expensive for the service provided”, and in one case there were “potential conflicts of interest” because the clerk had significant management responsibilities in addition to a clerking role.

Dr Collins concluded: “I repeat my conclusion from last year that the sector would benefit from having a better definition of the role of the clerk and clearer expectations as to what is required from the clerking function.”

Dr Collins’ report also found that in many of the colleges visited in 2014/15, weak governance contributed “significantly” to problems with financial health and quality of provision.

Issues included failing to call the principal and senior management team to account, for example through a lack of clear performance targets or questions about why forecasts were not met.

In some cases “cost benefit analyses of new proposals or adequate risk management” were absent, resulting in “a significant and largely unnecessary budget deficit”.

Other points cited were “an absence of appropriate skills, poor attendance and limited support”, and a failure to “ensure the efficient and effective use of resources, the solvency of the institution and the safeguarding of assets”.

The report also criticised some local authorities for “considerable changes in the leadership and staffing of the service over recent years”, incomplete strategies for community learning services and a lack of “accountability for performance”.

The report noted that in several of the colleges where new senior management teams had been put in place, they were “struggling to deal with the problems they had inherited”.

A need was identified for specific management targets that are achievable in the time frames specified and for training and support to be offered for new management team members – especially those with limited experience of the FE sector.

While the majority of interventions in 2014/15 were the result of financial reasons, the report highlighted three colleges and four local authorities that were visited due to an inadequate inspection.

Factors included: “Poor student management leading to low attendance and retention well below the national average” and “inadequate initial advice and guidance, compounded by students being poorly informed at school as to the routes open to them”.

Another issue was pace, particularly when it came to addressing “performance management issues”.

In local authorities, the report pointed to “examples of ‘over cutting’ particularly in the management of provision” and in on one situation “a basic understanding of what needs to be done to improve quality” was said to be “absent”.

There were also instances where subcontracted provision presented a problem, because it had not been monitored effectively.

The report acknowledged that reductions in funding and changes in the funding rules have challenged colleges, but said that the majority of providers have managed to adjust effectively.

Inadequate financial health, it said, has usually been because “the issues of small class sizes, excessive numbers of management and support staff and poor utilisation of teaching staff and estates have not been addressed”.

In one case a lack of regular reports on the financial contributions made by each curriculum area was identified as a problem, and in another: “ambitious growth strategies that have produced returns in the past have caused a false sense of security and allowed riskier projects to be undertaken without the appropriate scrutiny and challenge.”

Dr Collins said in the report that the standard of auditing has also been “disappointing” in the colleges visited.

He commented: “Boards have frequently felt let down by receiving relatively clean bills of health from their auditors when in reality there were serious underlying problems. It seems that in some cases more attention has been paid to processes and process compliance rather than giving a view on the ongoing viability of the institution.”

The report noted that overall it is often “a combination of factors rather than one issue that causes a college to be in financial difficulty”.