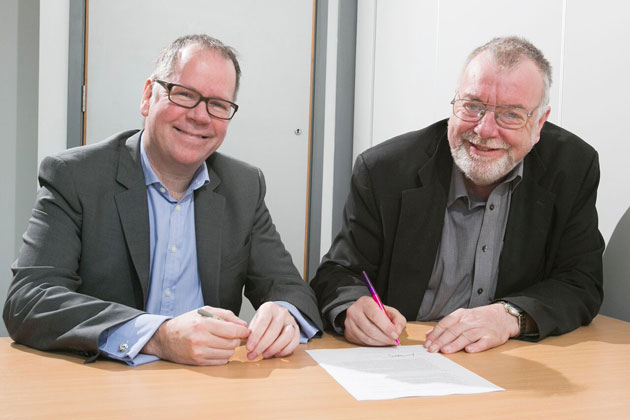 The University and College Union (UCU) and NCG (formerly Newcastle College Group) have signed a “partnership agreement” they hope will ease future negotiations over staff pay and conditions and consign previous bitter disputes to history.

The partnership, which was officially confirmed by NCG and UCU this week, is the culmination of efforts to improve relations on both sides after a series of clashes.

An NCG spokesperson said  the new partnership would “see NCG and UCU work together to negotiate, consult and discuss on all matters relating to terms and conditions of employment and related staffing issues”.

She said “both parties have worked hard to improve relations over the past few years” and UCU had been involved in “several key projects, including the development of NCG’s purpose, strategy and organisation values”.

“There is also a joint commitment to organisational success, the sharing of information, openness and transparency, and improving the quality of working life,” she added. It comes after the UCU was highly critical of pay rises given to former NCG chief executive Dame Jackie Fisher, who earned £215k in 2011/12 and £225k in 2012/13 — putting the college second in the list of highest paying colleges, as reported in FE Week in April last year.

Dame Jackie had previously been accused by UCU of “de-Geordification” in July 2011, after it claimed staff had been told to stop using Newcastle in communications and only refer to NCG.

It came after UCU staff members at Newcastle College went on strike in April 2011, over what the union claimed at the time were plans to make more than 170 staff redundant.

An NCG spokesperson said the eventual number of staff made redundant following the strike was “less than 80”.

“We are committed to the shared goal of working together constructively for the benefit of all employees of NCG,” he said.

“We are pleased by the organisation’s commitment to openness and transparency, respectfulness and collaboration, and believe they are the values needed to underpin a successful working relationship.”

Mr Docherty, who replaced Dame Jackie in June 2013, said: “Strong, trusting relationships between employers and employees are a common feature of outstanding organisations, and we see a constructive and respectful relationship with UCU helping us towards our goal to become a great place to work.

“We have worked hard to forge stronger, closer working relationships with UCU and other trade unions.

“This agreement sets out the respect we have for each other’s roles and responsibilities and the collaborative approach that we have taken in shaping the future of NCG for staff and customers. There will no doubt be times when we agree to disagree.

“However, we will always aspire to be open, honest and transparent and commit to work with, and learn from, each other in a positive and constructive manner for the benefit of all concerned.”