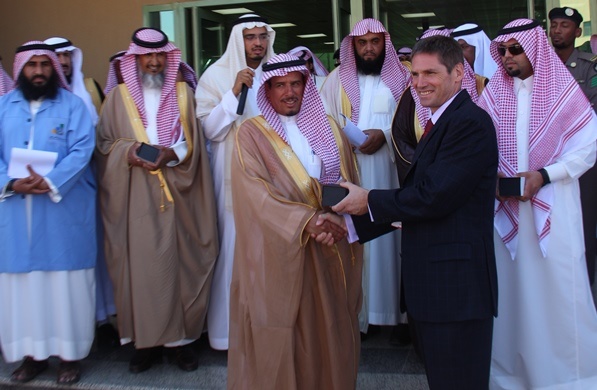 English colleges who set up new learner ventures in Saudi Arabia as part of multi-million pound deals could be facing “bankruptcy” as the projects prove less popular than expected, it has been claimed.

Education Investor has reported that Saudi’s Colleges of Excellence programme, which attracted the likes of Lincoln College, Moulton College and Activate Learning among others, is struggling to get the number of learners it had expected.

The report said Pearson, which was contracted to run three colleges, dropped out of the programme in June and is understood to be in a legal dispute with CoE.

Dr Ian Baird, former chief executive of the Pearson and Hertvec (Hertfordshire Vocational Education Consortium) CoE initiative, was quoted as saying: “The CoE project was deemed to be a massive change to how technical and vocational education is delivered in the Kingdom, but the initial excitement for providers has waned.

“The size and complexity of this project could actually cause British state-funded colleges to go bankrupt, as they incur costs without getting paid for the resources they are providing.”

At the time, 16 British operators had been hired to run 37 Saudi institutions and the project was said to be worth £1bn to the UK economy.

UK Trade and Industry (UKTI) Education was responsible for bringing together consortia to bid for what it described as “high value contracts”.

Although the projects were thought to be providing new revenue streams for an increasingly cash-strapped domestic college sector, such ventures have not been without their critics. Ofsted boss Sir Michael Wilshaw, for instance, once urged colleges to focus on “Deptford not Delhi,” as previously reported by FE Week.

However, according to Education Investor, representatives of several operators have now spoken out to say highlight the lack of student demand that has left some running “virtually empty colleges”.

Other providers whose involvement was highlighted on the gov.uk website included Lincoln College; the Oxford Partnership, a consortium comprising Activate Learning, GEMS Education Solutions and Moulton College; Hertvec, a consortium led by Hertford Regional College and including North Hertfordshire College and the University of Hertfordshire; and FESA, another consortium of UK colleges and training providers.

Education Investor reported that Hertvec, for example, won a £225m five-year deal to run three colleges in 2014, but added that its “numbers are understood to be well below target”.

All college groups, apart from NHC which declined to comment, the UKTI and CoE were contacted by FE Week for comment but were yet to respond at the time of going to press.