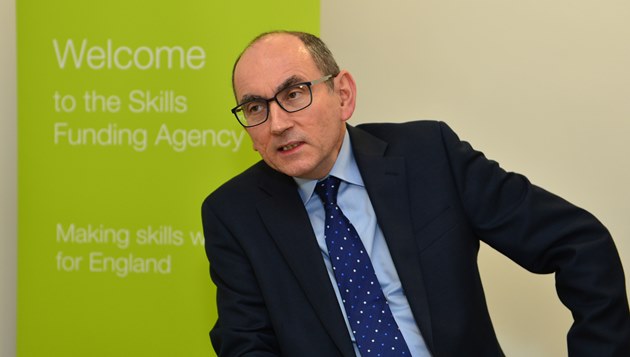 The Skills Funding Agency was today looking into whether it would suspend funding for lead providers who flouted a disclosure deadline as part of a topslicing clampdown.

It said it was “undertaking compliance work” to determine whether any providers had ignored a ruling that all their management fees be published online by Monday (November 23).

The SFA warned in September that funding could be suspended where declarations were missing after the deadline — and FE Week checks on the websites of a number of leads with numerous subcontractors found apparent offenders.

Among those to have missed the deadline was North Hertfordshire College, which uploaded its fees a day late, while City of Bristol College was two days over.

An SFA spokesperson told FE Week that it was “undertaking compliance work to ensure that every lead provider that has been ‘provision subcontracting’ has adhered to our supply-chain fees and charges funding rules”.

“If this work identifies that a lead provider has not adhered to these rules, we will take action,” she added.

“We will not be disclosing information on individual providers until our compliance work is complete, which will be by the end of the calendar year.”

The SFA wants information on management fees available on websites, and to include current supply chain fees and charges policy.

It also wants the relevant weblinks provided on 2015 to 2016 subcontractor declaration forms.

It comes around nine months after an FE Week investigation found that providers were ignoring rules that they must publish what they charge subcontractors. And while there was compliance with rules on listing the range of fees, these were as high as 40 per cent in some instances.

But compliance with the website declaration rule has also brought its own shocks.

Figures published by the country’s biggest SFA contractor and former publicly-owned provider Learndirect, which hit the deadline, showed that it top-sliced almost £50m from deals with its subcontractors in the last two years.

But management fee details on its website showed that last academic year it retained an even higher proportion — 36 per cent of total funding (£68.1m) from 75 subcontractors.

A Learndirect spokesperson told FE Week: “The level of charges depends on the contract being delivered and the role of the supplier in question.

“Partners have schedules outlining the fees payable to them for their role in the delivery of each contract, and these rates are published to them prior to contracting.”

The 36 per cent 2014/15 topslicing figure for Learndirect is uncomfortably close to the 40 per cent SFA chief executive Peter Lauener (pictured above) has said he would find unjustifiable.

The SFA rule requiring providers to specify how much they charge subcontractors in management fees was first introduced in August last year.

A notable offender was Learndirect — although the firm subsequently uploaded its 2013/14 figures before Christmas.

The rules following a long campaign against excessive top slicing by FE Week that was launched in the paper’s pilot edition in June 2011.