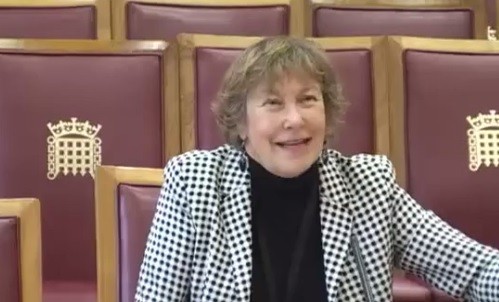 She told the House of Lords Social Mobility Committee that the target meant Whitehall officials would be “rushing around like a headless chicken” to achieve it.

She appeared before the committee on Tuesday (November 18) to give evidence on social mobility in the transition from school to work and was quizzed on the government’s apprenticeship target, which it aims to hit by 2020.

“I think the target is a big mistake and I am really worried about the target”, said Lady Wolf.

“Everything that I see makes me more worried because you put a target inside a government department and everyone starts rushing around like a headless chicken trying to figure out ways of meeting it.”

She described it as an “enormous target” and added that if there was an apprenticeship programme of that size then “you would actually be ending up in a situation where every young person in the country became an apprentice”.

Lady Wolf said reaching the target was “extremely unlikely” and if the Government “go on and on about it — it will distort everything else and the price will be the quality of what we are getting”.

She also commented on the idea to have even more apprentices than the previous government seems to her as “extraordinary”.

She said: “I also don’t think they [Government] are budgeting for it because they said they will put money in and will fund the SMEs and if you look at what the spend per apprentice was in the last five years it was a level of spending for which you could only afford to do large number of the low quality apprenticeships.”

Lady Wolf said she found it hard to believe in this current fiscal climate that there was the money to meet the target and still have high quality.

She added that colleges should very clearly be the place that apprenticeship training took place and she would stop the “hundreds and thousands” of small providers coming in, saying “it just doesn’t work”.

The next House of Lords Social Mobility Committee hearing is due to take place on Wednesday, November 25, with witnesses yet to be announced.