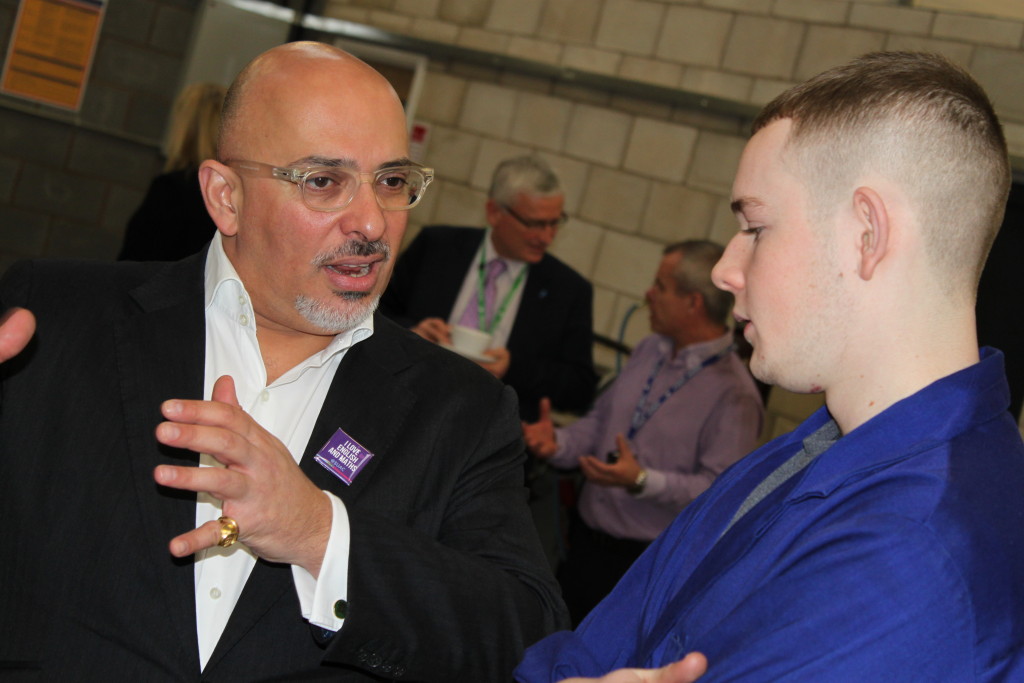 Stratford-upon-Avon MP Nadhim Zahawi (above left) today told how his “experience as an entrepreneur” would help him in his new role as Prime Minister David Cameron’s apprenticeships adviser.

The announcement came during today’s Prime Minister’s questions and will see the remit to help the government deliver its General Election pledge to create 3m new apprenticeships over the next five years pass to the Iraqi-born co-founder of YouGov internet-based market researchers.

And, just like his predecessor in the role Richard Harrington, who stepped down in September to become Syrian Refugees Minister, Conservative Mr Zahawi will be co-chair of the Apprenticeship Delivery Board along with National Apprenticeship Ambassadors Network (NAAN) chair David Meller.

“It’s a great honour to have been asked by the Prime Minister to be his new Apprenticeships Adviser,” said Mr Zahawi in his blog today and on his Twitter account (see below).

“I have already started my work, holding regular meetings with BIS, Number 10 and the Skills Funding Agency.

“I’m excited to be part of the government’s revolutionary work on apprenticeships, drawing on my previous experience as an entrepreneur to ensure that the new qualifications meet the needs of businesses and provide excellent life-long skills to those who take them.

“I’m determined for apprenticeships to be a real alternative to attending University, and to ensure that they’re a route to better paid, highly skilled jobs that really enhance productivity in our economy.”

According to TheyWorkForYou.com, Mr Zahawi has asked four questions featuring apprenticeships since he was first elected, in 2010.

However, the most recent of these was to then-Skills Minister Matthew Hancock in November 2012 when he asked: “Can he [Mr Hancock] say a little more about the drive for quality, as opposed just to quantity, of apprenticeships?”

He has already served on a number of committees, including Foreign Affairs, Arms Export Controls (formerly Quadripartite Committee) and Business, Innovation and Skills Committee and joined the Number 10 Policy Unit two years ago.

“In this new role I will be working closely with Number 10, the Department for Business Innovation and Skills and the Skills Funding Agency to ensure that the Government’s pledge for 3 million apprenticeship starts in this Parliament is met,” added Mr Zahawi.

“This is an exciting time for apprenticeships in the UK as the Government reforms the qualifications and introduces degree level and higher level apprenticeships, ahead of an expected increase in demand as the Apprenticeship Levy on large businesses is introduced in 2017.”

Main image: Mr Zahawi speaks to an apprentice during a visit to his local Stratford-upon-Avon College this year