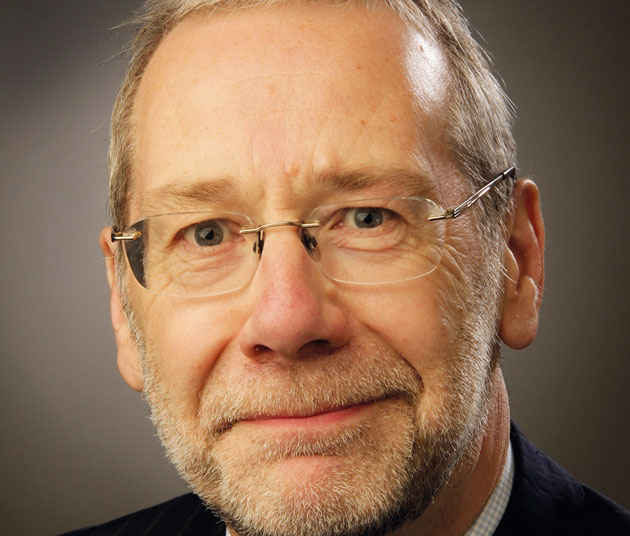 Mr Clinton, who saw Stockport College’s Ofsted rating improve from ‘inadequate’ to ‘requires improvement’ during a short stint in charge, will start as interim principal at Stafford on November 4.

His appointment comes after Ms Smith resigned earlier this month, following five votes of no confidence from staff and management.

Chair of governors Mark Winnington said: “We are looking forward to Ian bringing his expertise to the college and supporting the staff and students.”

Mr Clinton, who was awarded an OBE in the New Year’s Honours list for services to FE, was interim principal at Stockport College from around February 2014 to April this year.

He oversaw rapid improvement from a grade four Ofsted rating, that was slapped on the college (in November 2013) before he took over, to grade three in January.

Mr Clinton (pictured above) previously led Blackburn College from 2004 until the end of 2013.

It was rated by Ofsted as good in eight curriculum areas, satisfactory in five and outstanding in hairdressing and beauty therapy in May 2004, before improving to outstanding across-the-board in January 2008.

She had been the focus of growing unrest and concern among staff at the college, amid allegations that she was operating a regime of “crippling workloads, rising stress levels and a culture of fear”. Ms Smith (pictured right), who took over at the college early last year, received five votes of no confidence from staff and management, including members of UCU, in June, as reported by FE Week.

Mr Clinton was unavailable for comment on his new appointment, but said in an FE Week expert piece he wrote in February on his experiences at Stockport: “Taking on the principal’s role at a college that has been called ‘toxic’ is not for the faint-hearted.

“I believe you need to take on such a role for the right reasons, namely to make a difference for students, staff, the local community together with businesses.”