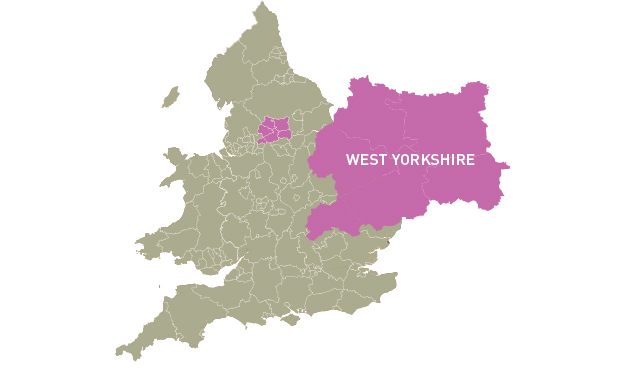 Seven general FE colleges and four sixth form colleges (SFCs) will be involved in a post-16 education and training area review for West Yorkshire announced by the government this morning.

It is set to launch on November 16 and West Yorkshire will be the seventh and final English region involved in the first wave of such area reviews, a Department for Business, Innovation and Skills spokesperson said.

It comes after the government announced that 43 general FE colleges and 29 SFCs would be included in reviews for the Tees Valley, Sussex Coast, Solent, Birmingham and Solihull, Greater Manchester, and Sheffield city areas.

Skills Minister Nick Boles said this morning: “We are developing an FE system which creates a productive, innovative and competitive workforce for the 21st century.

“This review will support the hard work of FE teachers and lecturers in the West Yorkshire area, and give local people and businesses a greater say over how and what young people are taught.”

The chair for the West Yorkshire steering group, which will hold its first meeting on Monday November 16, has yet to be announced.

It comes as FE Week has revealed today that London Mayor Boris Johnson will play a leading role in the London area review, details of which are yet to be announced.

There was previous criticism from sector leaders last month over the reviews not directly including school and academy post-16 providers.

They included James Kewin, deputy chief executive of the Sixth Form Colleges Association, who told FE Week: “A genuine process of area based reviews would be extremely welcome, as it would scrutinise the performance and viability of all 16 to 19 providers — including school and academy sixth forms.”

There was further criticism, reported in FE Week on October 2, that the steering groups for the area reviews already announced were “unwieldy”, with numbers per group potentially swelling to 45.

The reviews will then focus on the current structure of FE and SFCs, although a BIS spokesperson has previously told FE Week that “there will be opportunities for other institutions (including schools and independent providers) to opt in to this stage of the analysis”.

The colleges involved in the latest review are yet to comment.

Here are the colleges involved in the West Yorkshire area review announced by the government: