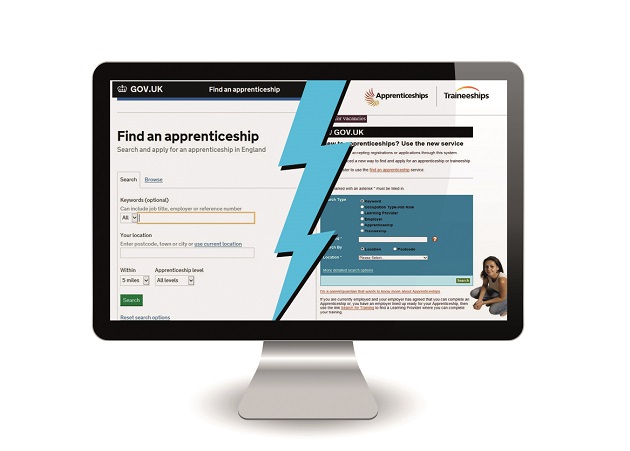 Two official apprenticeship vacancy websites are still running five months after one of them was said to be closing down.

A spokesperson for the Skills Funding Agency (SFA) told FE Week in March that the old National Apprenticeship Service vacancy matching website would be taken down in May, once the new ‘Find an apprenticeship’ service was fully operational.

There had been concerns that with both running at the same time there could be confusion over whether both were official. Despite this, both sites are still live and both are still listing new apprenticeship vacancies.

And an SFA spokesperson said she could not give a date for when the old site would be shutting down.

A notice on the home page of the old site tells users that the site is no longer accepting new registrations or applications, and directs users to the new site to apply for an apprenticeship. When users click on any of the adverts on the old site, they are taken through to the new site.

FE Week has previously reported on the potential for confusion arising from having two apprenticeship vacancy websites running simultaneously.

David Hughes, chief executive of the National Institute of Adult Continuing Education, said: “In order to deliver high quality apprenticeships to everyone, we need to offer applicants clear and accessible routes into apprenticeships, therefore it is disappointing if this issue is creating confusion.”

Stewart Segal, chief executive of the Association of Employment and Learning Providers (AELP), said: “The sooner we move to one single site the better.

A spokesperson for the SFA said the old website “remains available as some users still have live applications — some vacancies can have a long lead time and therefore learners still need to access these applications”.

The spokesperson could not give a date for when the old site would be closed, and said it would be when they know no one is still using it.