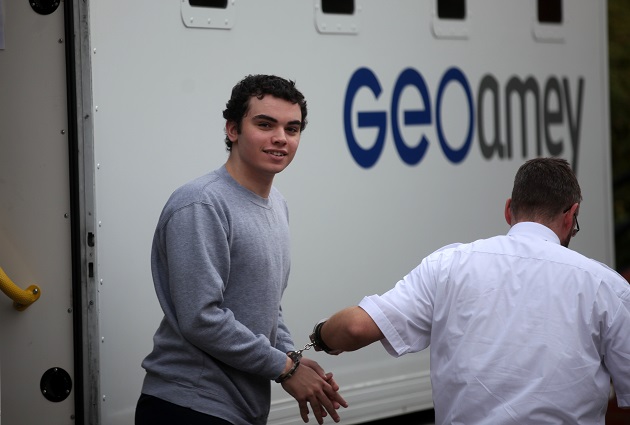 A former Newcastle College learner who planned a massacre on campus after being kicked off a course has been jailed for life.

Newcastle Crown Court today jailed 19-year-old Liam Lyburd, stipulating that he will spend a minimum of eight years behind bars for planning mass-murder at his former college in November last year.

Lyburd, who planned to target the college after being ejected from an English and maths course there in 2012, admitted nine counts of making or possessing weapons when he was tried in July, boasting that buying the gun online was “like buying a bar of chocolate”.

He had denied eight charges of intending to use the weapons to endanger life in November, but was found guilty of possessing weapons with intent to endanger life after jurors spent six-and-a-half hours deliberating.

The court heard valium addict Lyburd targeted Newcastle College having been ejected from a maths and English course after just over a month in 2012 due to disruptive behaviour and failing to turn up for class.

The jury was told he spent months in his bedroom making or buying weapons on the internet and posting messages on social media, before a woman he had contacted warned the police.

A computer specialist also recovered a deleted file from Lyburd’s computer in which he wrote about getting revenge on the college.

It said: “You people ruined my whole life, don’t expect me to show mercy today. No-one disrespects me and gets away with it. I’ll teach you people a little lesson on respect with my 9mm jacketed hollow points. It’s time for extreme civil disobedience.

“Fantasy will become reality today for sure. Where the mind goes the body will follow and, yes, people will die, there’s no question about that.”

According to the BBC, Lyburd “laughed as he was taken away by police, telling officers they had saved lives and prevented what would have otherwise been a massacre at the college”.