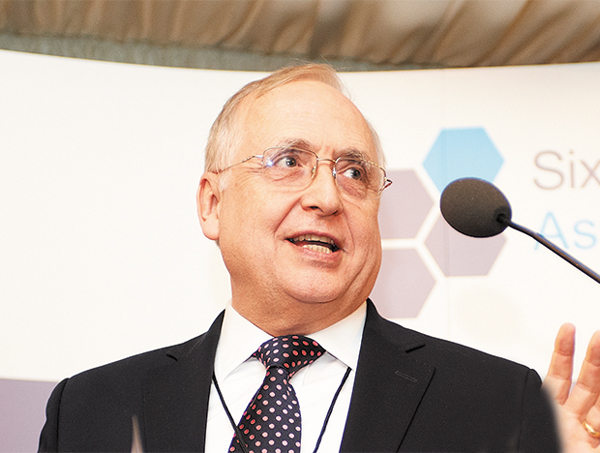 Chief Executive of the Sixth Form Colleges’ Association (SFCA) David Igoe will be standing down at the end of March.

Eddie Playfair, chair of the SFCA Council, announced this morning that he had received and accepted his resignation.

Mr Igoe will though be carrying on in the post until March 31, he added.

Mr Igoe, who was SFCA executive chair from 2007 to 2009 before becoming chief executive, told FE Week this morning that “there is nothing untoward”.

“I have been thinking about it for a while and am of an age [he is 65], so now seemed a good time to stand down, after I have served my six-months notice,” he added.

Reflecting on his time in the post, Mr Igoe said that he was “most proud of how SFCs maintained their quality and their offer to young people over a period of relentless cuts and changes to the post-16 landscape.

“The SFCA itself has grown to meet these challenges but remains a small highly committed team which punches well above its weight”.

Mr Playfair thanked Mr Igoe for his “outstanding leadership of the Association through a period of great change”.

“He has been our first chief executive and has established this role as a key one on the education landscape, providing eight years of exemplary service,” he added.

Mr Playfair said that Mr Igoe had “represented, supported and championed our sector skilfully and effectively in contexts which have not always been easy for us.

“We all appreciate the quality and depth of his commitment to the cause of sixth form colleges across England”.

He said that Mr Igoe had assured him that it would be business as usual for him right up until the end of March.

“He is well aware that the sector is facing unprecedented challenge on funding and structural review and he is committed to ensuring the SFCA will not be deflected from its crucial task of supporting colleges,” he added.

Mr Playfair added that the SFCA council will meet on Friday (September 25) and will be discussing the arrangements for appointing a new chief executive.

“We will keep members informed about the process,” he added.