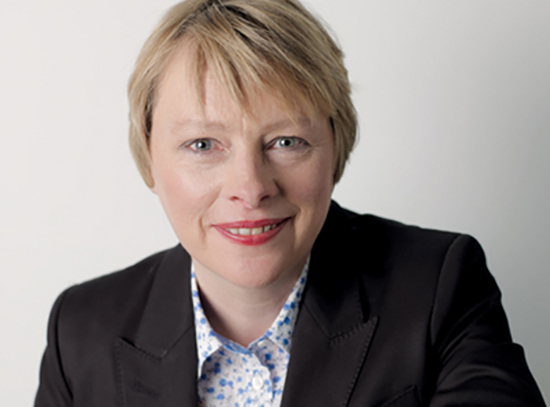 Angela Eagle has been confirmed as the new Shadow Business Secretary. This is what we know:

Angela Eagle was born in Bridlington on February 17, 1961, and is aged 54. Her predecessor as Shadow Business Secretary was Chuka Umunna, who was 32 years old when he took up the role in October 2011.

One of Ms Eagle’s first jobs after graduation was in the economic directorate of the Confederation of British Industry, where she worked in 1984.

She joined the Labour party in 1978, and was elected MP for Wallasey in 1992, becoming the first ever Labour MP for the constituency.

According to Theyworkforyou, Ms Eagle voted against government reforms to arrangements for supporting students aged 16-19 in January 2011. In the same debate, she voted to call on the government to keep the education maintenance allowance in England.

In 2008, Ms Eagle became the first female MP to enter into a civil partnership. She’s not the first openly lesbian female MP, however — that was Maureen Colquhoun, who was Labour MP for Northampton North between 1974 and 1980.

She was at the centre of a Labour uproar in April 2011 when, during a debate over hospital waiting times in April 2011 when Ms Eagle was Shadow Treasury chief Secretary, Prime Minister David Cameron told her to “calm down, dear”.

While her Labour party colleagues called on Mr Cameron to apologise to her, Ms Eagle said Mr Cameron should instead apologise for the state of the economy.

Ms Eagle will be hoping for a better reception at the FE Week Annual Apprenticeship Conference (AAC) next year than predecessor Mr Ummuna got in March.

His outline of Labour plans to abolish level two apprenticeships got a frosty response and came in for much criticism from the wider sector.

Should Ms Eagle attend this year’s AAC, set to take place in Birmingham in March, she will therefore be hoping for a warmer welcome, armed with Jeremy Corbyn’s plans for FE, as he exclusively outlined in FE Week.

Ms Eagle used to play chess at county and international level, representing Lancashire and England, and was joint British Girls Under-18 chess champion in 1976.