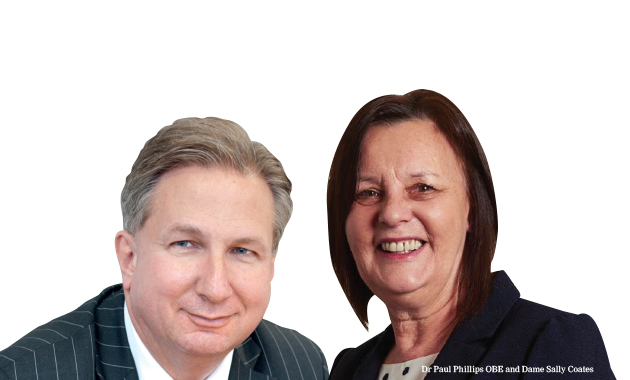 The system of prison learning contracting will come under the spotlight in a review ordered by Justice Secretary Michael Gove.

The former Education Secretary wants the inquiry to, in part, look at how the Offender Learning and Skills Service (Olass) — currently contracted to three general FE colleges and one independent learning provider — operates.

It was announced on Tuesday (September 8) along with the wider review brief of considering how prisoners could be given improved “education opportunities and qualifications” to boost job prospects.

It will be led by Dame Sally Coates (pictured right), director of academies south for the United Learning schools group, who carried out a review of teaching standards for the Department for Education in 2011.

A spokesperson for the Ministry of Justice said Dame Ruth would be looking “into Olass as part of the [latest] review”, including contract arrangements where funding is directed by the Skills Funding Agency, before reporting early next year.

The Olass system was first rolled out across the country in 2006 and the fourth round of Olass contracts were agreed in August 2012. They are currently set to end in July next year.

Dr Paul Phillips OBE (pictured left), principal of Weston College which holds the Olass contract for the South West of England, said: “As a college, we have invested substantial resources to meet the maths and English agenda, and in many ways we would seek even further improvements in regard to technical qualifications.”

He added: “On a number of occasions, as principal, I have argued that the apprenticeship-type framework needs to be embodied within prison education alongside the more traditional forms of learning.”

The Manchester College holds Olass contracts for the North East, North West, Kent and Sussex, Yorkshire and Humberside regions, as well as London.

Peter Cox, managing director of the justice division at The Manchester College, said: “We welcome a review which will make education a higher priority in prisons.”

A spokesperson for Milton Keynes College, which holds the other Olass contract for the South Central and East and West Midlands regions, declined to comment, as did Olass East of England contractor People Plus.

The review follows a Prisoner Learning Alliance (PLA) report out in May entitled The Future of Prison Education Contracts, Delivering Better Outcomes.

It called for the lifespan of current Olass contracts to be extended a year, stating: “We are very aware of the costs and disruption for staff and learners that comes with re-competition.

“To avoid this, we would therefore recommend that the contracts are extended… subject to building in greater flexibilities and incentives to achieve better outcomes.”

A Department for Business, Innovation and Skills spokesperson declined to comment on the review, but said “the focus [of Olass provision] so far has been on preparing prisoners to be able to take up apprenticeship opportunities on their release”.

“Ways to engage prisoners in apprenticeships [while in prison] are always being considered,” he added.