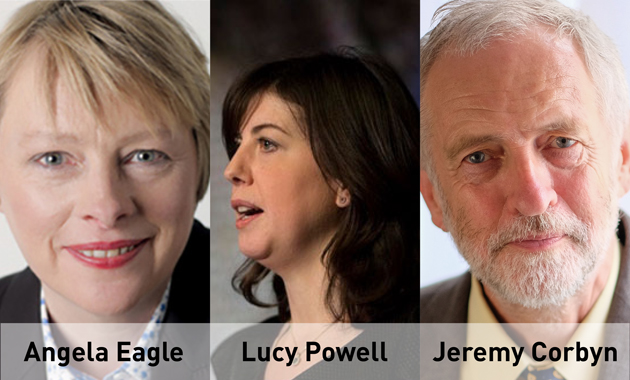 Former Pensions and Ageing Society Minister Angela Eagle (pictured above) has been confirmed as the new Shadow Business Secretary after her predecessor Chuka Umunna quit the Shadow Cabinet.

Ms Eagle, who was elected MP for Wallasey, in Merseyside, in 1992, said on Twitter this morning that she was “very happy to have been appointed Shadow SoS for Business”.

Lucy Powell has also been confirmed by the Labour Party as the new Shadow Education Secretary, after predecessor Tristram Hunt confirmed that he would not serve under new leader Jeremy Corbyn, who last month outlined his plans for FE in an exclusive article for FE Week.

Ms Eagle served as the Minister of State for Pensions and Ageing Society, in the Department for Work and Pensions, from June 2009 until May 2010, and previously served as a member of the Employment Select Committee from 1994 to 1996.

Her appointment comes after Mr Umunna, who had served as Shadow Business Secretary since May 2011, announced yesterday (Sunday) that he was leaving the shadow cabinet by “mutual agreement” with Mr Corbyn.

He said:  “If Jeremy’s clear victory [on Saturday] demonstrated anything, it was a desire for politicians to be true to what they believe — I want to abide by this.

“Also, Jeremy should be free to appoint a Shadow Cabinet committed to implementing the policies on which he campaigned in the contest.

“I clearly had some differences in view on how we build a more equal, democratic, free and fair society.”

He alluded to the fact that his main policy differences with Mr Corbyn were over Europe, as he is a committed supporter of the European Union but indicated that he expected the new leader to campaign for Britain to pull out.

Mr Umunna said: “I cannot envisage any circumstances where I would campaign for us to leave (the EU). Jeremy does not wholeheartedly share this view.”

Mr Hunt had served as Shadow Education Secretary since October 2013.

His successor Ms Powell said on Twitter this morning: “Thanks for kind msgs abt my appointment as Shadow Education Secretary.

“It’s a role I’m passionate about & where I hope to make a difference.”

A Labour party spokesperson declined to comment ahead of publication on whether Liam Byrne would stay on as Shadow Skills Minister or whether John Woodcock would retain his Shadow Minister for Young People post.