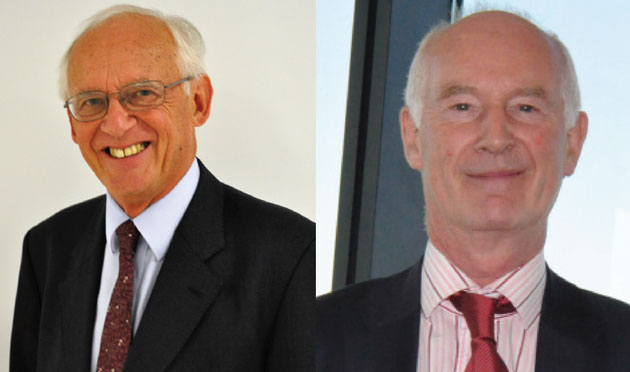 Plans have been announced for struggling Greenwich Community College to “merge into” Bromley College of Further and Higher Education.

Basic details of the “merger proposal” for the South East London colleges were announced this morning, but a spokesperson for Bromley has now told FE Week how it anticipates this working.

He said that the Greenwich college would, under the proposal, “merge into Bromley [College] from a legal and financial perspective”.

“The name [of Greenwich Community College] will therefore disappear, although a Greenwich FE brand identity will remain in place and the exact name will be the subject of further consultation,” he added.

*The SPA, along with Skills Minister Nick Boles’s accompanying letter to Richard Bourne (pictured top right), acting chair of governors at Greenwich, in which the merger proposal with Bromley was backed, was published on Tuesday, October 27, 2015.

Richard Bourne (pictured top right), acting chair of governors at Greenwich, which had around 5,000-learners in March and was allocated £9m by the Skills Funding Agency (SFA) as of April, said: “There has been a thorough process to analyse the opportunities available to the college for the future, including a standalone option.

“The college has worked hard in the last six months to improve the way it is operating and see improvements to the quality of the provision,” he added.

But Mr Bourne added: “I have spoken to the chair of Bromley and I am reassured that it will be an excellent partner.

“I look forward to working with colleagues in Greenwich and Bromley to bring the merger to a successful conclusion.”

Roger Dawe (pictured top left), chair of governors at 9,000-learner Bromley, which received a ‘good’ Ofsted rating in February 2013 and was allocated around £9.3m from the Skills Funding Agency as of April, said: “Bringing together Bromley and Greenwich colleges gives us an opportunity to enhance the quality of education, skills and training we provide.

“It would greatly benefit students, employers and the local communities across both boroughs and across South East London as a whole.

“Taking into account the increasing challenges the further education sector faces, we need to look seriously at opportunities like this. It makes good sense.

“We need to ensure these challenges are met and fully realise the opportunities they bring.

“Many steps remain to be taken before this proposal becomes finalised and a merger takes place.”

A spokesperson for Greenwich and Bromley added that the merger proposals would not affect students enrolling for the colleges for 2015/16 and “both colleges will be delivering a first class curriculum for the coming year for students and employers”.

It comes after FE Week revealed in May that “discussions” had taken place over possible closer collaboration between Greenwich and fellow grade four Ofsted rated Lewisham Southwark College, which both faced structure and prospects assessments.

It is understood that this option is no longer being considered.

The SFA declined to comment on the proposals for the Greenwich and Bromley colleges.