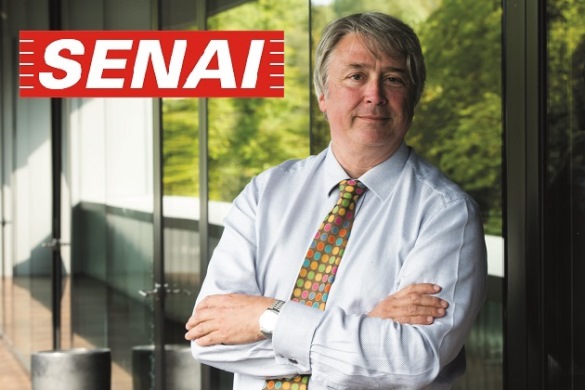 Sao Paulo 2015 is the first WorldSkills competition to be held in Latin America and, with 1,192 registered competitors, it’s set to be one of the biggest celebrations of vocational skills ever staged.

So how do hosts Brazil view further education and skills, and how does its vocational education and training (Vet) system prepare young people for the world of work?

According to Simon Bartley (pictured above), president of WorldSkills International, Brazil “takes skills development so seriously, that it’s an embarrassment for many of us in the West”.

Vocational training in Brazil is overseen by the National Service for Industrial Training (Senai) — a huge network of connected colleges, which also co-ordinates Brazil’s WorldSkills team and the Sao Paulo competition.

Since it was founded in 1942 by the government, 61m people have gained professional qualifications across 28 different sectors with Senai, which currently has 1,017 campuses across the country — some fixed, and some very mobile.

Roberto Spada, vice president of WorldSkills Brazil, who has worked for Senai for 41 years, explains this allows the organization to reach people in spite of the size and geography of Brazil.

“It means we can offer training to the cities with more than 100,000 inhabitants needing training and for the small communities — with the mobile units have to make the investment in property all the way across Brazil,” he told FE Week.

The mobile units include floating classes in boats which go up the Amazon to teach forestry and agricultural husbandry to remote rainforest communities.

This means the network can enrol a total of 3.5m students per year, as well as a further 50,000 people on distance learning courses.

The system is funded entirely through employer levy. What that means, said Mr Bartley, is that “young people get a meaningful college education in crafts and skills and they have a really well-funded college sector”.

“And because of that, a powerhouse is developing the economy,” he told FE Week.

“And that gives the message to parents and to others that actually, if your child can go to a Senai school or college, then they are going to be a great success in their life.”

And that claim is more than just wishful thinking.

“The immediate past president of Brazil, president Luiz Inácio Lula da Silva, started his life as a student, training as a lathe operator at the age of 15 in a Senai college — and went on to be the president of his country,” said Mr Bartley.

In fact, 88 per cent of learners leaving a Senai institution walk straight into a job.

“The philosophy of Senai is learning by doing,” said Mr Spada.

“They learn with real equipment, so from the first day at work they can get started on using the real processes and then the companies accept and contract the Senai students because perform well.”

Senai and vocational training is central to the Brazilian economy, he said.

“The best vehicle to make the social and economic transformation is the vocational training courses,” said Mr Spada.

“If you have the opportunity to go to vocational training, learn a trade, get a job, you can change your life and pay tax — this is a chance to make a socio-economic improvement which involves your family and your community.

“A strong vocational system not only shows the person is a good worker but also that the nation has a social responsibility and a commitment to raising the condition of the country.”