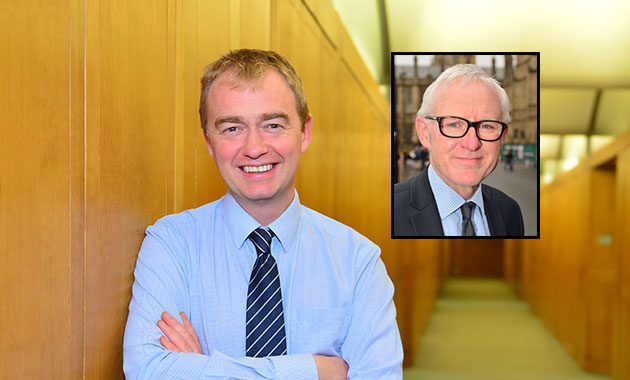 The final votes in the contest to lead the Liberal Democrats were being cast today with the prospect of an FE-educated man at the helm proving the bookies’ favourite outcome.

Former House of Commons Education and Skills Select Committee member Tim Farron (pictured main), who revealed in an FE Week profile interview in February that he did his A-levels at Lancashire’s Runshaw College rather than the local grammar school sixth form, is 1/50 on with Paddy Power to succeed Nick Clegg as leader of the Lib Dems.

He is up against Norman Lamb (pictured inset), who went to Norfolk’s former grammar school-turned state boarding school Wymondham College and was given odds of 12/1.

They are the only contenders in the race to replace Mr Clegg, who stepped down following the party’s performance in May’s General Election when it dropped from 56 MPs to just eight.

Mr Lamb, MP for North Norfolk, served as Health Minister between 2012 and 15, and before that was Parliamentary Under-Secretary at the Department for Business, Innovation and Skills. His biog on the Lib Dem website described him as having “supported the government’s work to create more apprenticeships for young people”.

During a leadership election hustings he said: “I have a record of fighting and winning on liberal values at national level and I think I can deploy that in the party’s interest.”

However, Mr Farron said what the party needed now was his own ability to “be different sound different, be spiky, get attention” to prevent it being ignored.”

The leadership contest result is expected to be announced tomorrow. Odds listed above were correct at time of publication.