A new apprenticeship levy for large employers stole the Budget show yesterday as far as FE is concerned, but Julian Gravatt gives a wider view — while also looking at that levy issue.

There is a vast amount of official information about the summer budget.

Here are the key points — Chancellor George Osborne presented the budget to Parliament in a 75-minute speech; The Treasury published the summer budget on July 8; the government has selected 22 announcements considered most important, including those relating to personal tax and benefits; and the Office of Budget Responsibility (OBR) has updated its economic and fiscal outlook.

Here are 10 key points for colleges. Firstly, in-year savings. There is still no detail from the Treasury, the Department for Education (DfE), the Department for Business, Innovation and Skills (BIS), the Education Funding Agency (EFA), the Skills Funding Agency or the Higher Education Funding Council for England (HEFCE) on whether the £900m of in-year savings announced on June 4 will affect colleges via changes to previously notified allocations for 2015/16.

Skills Minister Nick Boles confirmed a couple of weeks ago that EFA’s 16 to 18 education allocations issued in March would not be varied. We expect announcements in the next couple of days.

Secondly, the 2015 spending review. There will be a spending review running into this autumn which will set budgets for 2016-17 and beyond but there is currently no firm timetable.

The budget brings a major revision to public spending plans. Back in March, the Chancellor anticipated the need for £13bn in departmental spending cuts in the next two years (2016-17 and 2017-18). This target was included in the Conservative Party manifesto.

The plan is now for £20bn in departmental spending cuts but over a four-year period (up until the next election). The plan is to bring the budget into balance by 2019-20, which will require a package of significant cuts and savings in tax credits and benefits plus some tax increases.

As much as £188bn (59 per cent) of revenue departmental spending is formally protected because of promises made on the NHS, schools, international aid and defence, some of whose budgets will increase.

In addition, a further £49bn (15 per cent) allocated to Scotland, Wales and Northern Ireland is largely ringfenced by the operation of the devolution settlement. The unprotected budgets account for just under £80bn, of which £25bn is spent within BIS or the non-schools part of DfE.

Even though the spending cut target has been reduced, it will be very challenging.

Thirdly, an apprenticeship levy. The Chancellor promised there would be a levy paid by all large employers to pay for apprenticeships. There is not much detail on the levy in the budget book beyond a note on page 60, but there is a promise that the rate and information on implementation will be announced in the spending review. Funding will be controlled by employers using the digital apprenticeship vouchers which the government plans to introduce in future (probably not until 2017).

The AoC produced a short briefing for policymakers on apprenticeship levies in June, which summarises the case for a universal levy and some of the lessons from home and overseas on other levy schemes.

The new voucher scheme will be quite a challenge to implement. There is an AoC note on the major issues.

Fourthly, student loans to cover living costs rather than student grants. Student grants (higher education maintenance grants) will no longer be available for those starting university or a higher education course after September 2016. This will affect Year 12 students currently in college and school sixth forms.

The implications of the decision for students are summarised in an article by Nick Hillman from the Higher Education Policy Institute. The decision will affect full-time higher education students in college but the biggest implication for colleges may be that the move secures a £620m saving in the BIS revenue budget in 2016-17, possibly reducing the pressure for other savings.

By 2020, the saving is forecast to be more than £2.5bn but this is more than offset by an additional £3bn in student loan outlays without any change to forecast repayments because these depend on graduate incomes.

There is currently a 45 per cent impairment charge in the government accounts for new student loans (the Resource and Accounting Budget charge). There will be a consultation on freezing the threshold at which repayments start at £21,000 — a measure to increase repayments and cut the impairment charge.

Fifthly, the national living wage. The plan for a national living wage will have an impact on colleges in their role as employers. Colleges employ around 200,000 people, 70,000 of whom are in support roles. For the average college this is 660 employees in all.

Colleges set their own pay scales and, in recent years, many have taken steps to increase the pay of the lowest paid even when they have been forced to offer below inflation pay rises. In many colleges the lowest pay band is at the current living wage rate but the government’s plan to increase the national living wage from £7.20 per hour in April 2016 to £9 by 2020 will be a challenge at a time of public spending restraint.

Sixthly, housing benefit for young adults under the age of 21. Housing benefit will no longer be available to 18, 19 or 20-year-olds from April 2017, which will have implications for some college students who no longer live at home. The Chancellor talked about an ‘earn or learn’ obligation on young people but there is currently little detail on these plans.

The budget book sets a fairly modest £25m saving from this reform which implies that Department for Work and Pensions (DWP) may redirect some of the benefit saving into training support.

Seventh, devolution. The budget contains more devolution plans including a promise of further powers for the combined authorities based on Leeds, Sheffield and Liverpool on the basis that they introduce elected mayors.

The budget offers support for the Midlands skills strategy which is being drawn up by three local enterprise partnerships and notes the plans for a West Midlands Combined Authority (which, as yet, make no mention of an elected mayor). There is also the promise of a devolution deal for Cornwall (which is a single tier county) and a note that two areas in the East Midlands have combined authority proposals.

For once, there is not much in a Treasury document about skills in London or Manchester though it is worth noting that the Greater Manchester Combined Authority will take on yet more powers in the areas of fire, planning and children’s services.

Eighth, pensions. The Treasury will be moving ahead with plans to restrict the annual tax allowance on pension savings for those earning more than £150k which involves some complicated arrangements for anyone earning more than £110k (a category that includes many college principals).

This tax change is expected to affect 30,000 people and bring in £260m in 2016-17. The Treasury has also published a wider ranging consultation on changing pension tax relief which raises questions about whether the £34bn foregone is good value given than 2/3rds of the beneficiaries are higher rate taxpayers (a category that includes many college managers). The consultation is very wide ranging and is unlikely to lead to any changes until 2018 at the earliest.

More immediate changes are planned for the Local Government Pension Scheme (LGPS) including legislation to require pooling of investment funds. Colleges employ 4 per cent of active LGPS members and are saddled with a £2bn share of the LGPS deficit (measured by FRS17) so have an interest in the future of the scheme.

Ninth, tax. Colleges are relatively unaffected by any new measures to increase tax but already pay around £750m a-year in employer’s national insurance, VAT and business rates so the plan to freeze headline rates on the main taxes is helpful (less so if it means cuts to government education spending).

Colleges also pay substantial sums in employers’ pension contributions to the Teachers’ Pension Scheme and LGPS where they have no choice on membership. Decisions made by the Treaury in previous budgets and over public sector pension reform will land colleges with an additional £150m in costs in 2015-16.

National insurance contracting out ends. TPS employer contributions rise to 16.48 per cnet rather than the 12 per cent promised by DFE in 2011. The cost of employing a teacher in colleges rises by 5 per cent in 2015-16 regardless of any pay rise or change.

Average house prices are expected to rise by at least 4 per cent a-year. Interest rates are expected to stay low but rise slowly over the next few years. Unemployment is expected to remain at about 5 per cent of the workforce but there is a rising population so the forecasts assume an extra 1m workers. The Chancellor hopes there will be 2m more jobs by 2020 along with 3m more apprentices.

This article was first published on the AoC website. 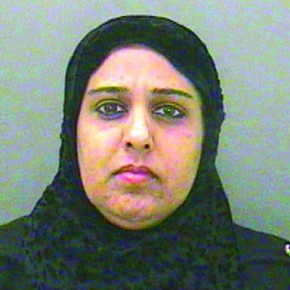