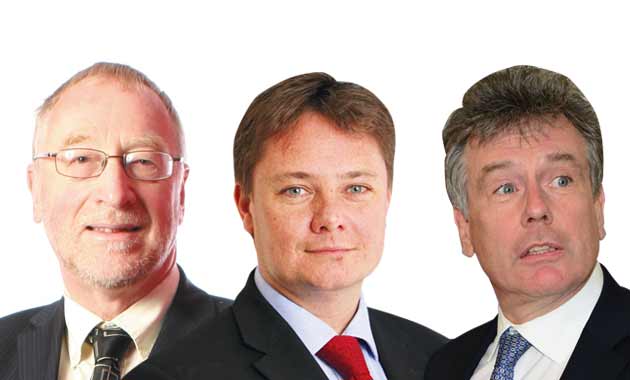 Adrian Bailey has told his “disappointment” at losing the chair of the Business, Innovation and Skills (BIS) Select Committee after Iain Wright wrestled the position away in a second round of MPs’ voting.

West Bromwich West MP Mr Bailey held the position for the last Parliament, leading inquiries into apprenticeships and adult numeracy and literacy among others, but lost to Hartlepool MP Mr Wright by 247 votes to 281, it was announced today.

City of Durham MP Dr Roberta Blackman-Woods had dropped out of contention in the all-Labour field after the first round of voting last night having won 165 votes to Mr Bailey’s 197 and Mr Wright’s 218.

Mr Bailey said: “Obviously I am disappointed to lose but Iain has great expertise and interest in FE and its link to productivity in the economy.

“I am sure he will use it to strengthen government policy in this area.”

Meanwhile, Stroud MP Neil Carmichael will lead the Education Select Committee after also being taken to a second round in the alternative voting system that was employed for committee chair appointments for just the second time. He beat Tim Loughton, MP for East Worthing and Shoreham, by 294 votes to 252.

Caroline Nokes, MP for Romsey and Southampton North, had made up the rest of the all-Conservative field but dropped out after the first round, in which she received 182 votes to Mr Carmichael’s 224 and Mr Loughton’s 191.

Mr Carmichael, who takes over from Graham Stuart, said: “I am very excited by the opportunity. First of all I am delighted that obviously so many people voted for me, I don’t know the figure yet but I am very pleased. Secondly I am obviously really exhilarated with the challenge ahead in terms of the reports we will be able to have through the next five years.”

He said the next issue he had to address was the committee’s make-up of MP members.

“I have heard one or two people express and interest in joining and so when they are all appointed we will get on with the task of doing some reports,” said Mr Carmichael.

“One thing I am going to be doing very soon is discuss with the new Business, Innovation and Skills chair, Iain Wright, our proposal of doing a joint report on dealing with productivity gap. We have already discussed this on the assumption that we both would win, we actually talked about it a week or so ago.”

Mr Stuart, Conservative MP for Beverley and Holderness, held the post during the last Parliament and had been a committee member for a further three, but put his name forward to become chair of the culture, media and sport committee. However, the role went to Conservative MP for Hereford and South Herefordshire Jesse Norman.

The political make-up of both committees is yet to be announced and will be decided through negotiations between the political parties. The parties will then hold internal elections to decide who takes their shares of seats.

In the last Parliament, the two committees each had five Conservative members, five Labour members and one Liberal Democrat member.

Of the previous membership of the BIS committee, Scottish Labour MPs Ann McKechin, William Bain and Katy Clark lost their seats in the election, as did Liberal Democrat Mike Crockart, while Conservative Brian Binley stood down.

Of the last education committee’s membership, all but former Liberal Democrat Bradford East MP David Ward were re-elected to Parliament in May, including Labour MPs Pat Glass and Siobhan McDonagh and Conservatives Dominic Raab and Craig Whittaker, although Mr Raab has a government job.

Internal party elections of committee members are expected to take several weeks now the chairs have been elected.