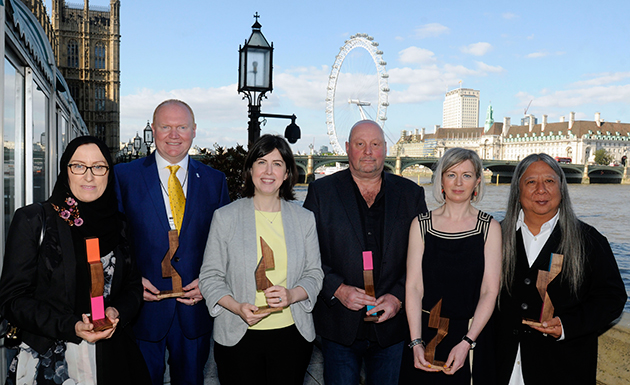 Former college learners who have gone on to shine in their chosen profession were celebrated the Association of Colleges (AoC) gold awards ceremony at the Houses of Parliament.

A world renowned designer, a Turner prize-winning artist and a former international football referee were among those who received awards, along with the colleges that taught them.

Lord Willis said: “So often we do not celebrate what is really brilliant about the FE sector.

“I do get awfully fed up of universities constantly telling ups what brilliant alumni they have and celebrating the people with great successes and it’s wonderful to see the FE sector doing exactly the same.”

On receiving his award, Mr Rocha urged young people to copy his example and “follow your dreams”.

He said: “I have been lucky throughout my career, to do something I love, and to be successful at it, to have this work acknowledged in this way is a very real honour.

“Needless to say without the foundation of my education and experience in Croydon, I would not where I am today. It really was a wonderful experience and a really enjoyable time in my life.”

Alongside the award winners, each of the colleges and their alumni nominated a future star — someone in the same field as their college’s winner who had shown the talent and the determination to follow in their footsteps.