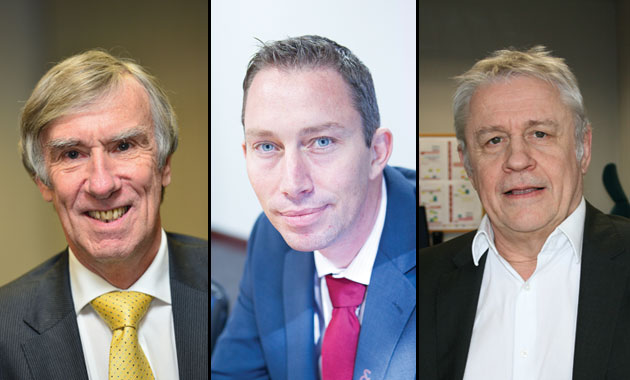 The FE Commissioner has praised progress being made at two colleges following revisits.

Dr David Collins checked up on the 6,800-learner East Kent College, which had taken over the Dover and Folkestone campuses from K College.

His revisit, in November, came after grade four Ofsted-rated K College was broken up last summer after falling at least £15m in debt, being graded inadequate by Ofsted and then being put into administered status following Dr Collins’ first inspection in December 2013.

Dr Collins’ report on developments at East Kent, which had a 2014/15 Skills Funding Agency (SFA) allocation of £9.6m as of April, was not published by the Department for Business, Innovation and Skills (BIS), but the college said he described its takeover as “transformational” for Folkestone and Dover.

A spokesperson for BIS confirmed Dr Collins’ report also said that East Kent College’s senior leadership team had brought “drive and professionalism to campuses that in the past have felt neglected”.

Graham Razey (pictured above left), principal of the college rated ‘good’ by Ofsted in April 2013, said: “I’m delighted to hear the FE Commissioner believes we are succeeding. While we recognise there is still more to do, it is very encouraging to know that we are on the right path.”

Meanwhile, Dr Collins revisited 3,669-learner Weymouth College on Friday (May 22), which was rated as ‘inadequate’ by Ofsted in February, as part of a structure and prospects appraisal (SPA) he launched in March last year.

The commissioner decided that the review of the college’s long-term prospects was needed after he raised concern about its finances and leadership in his initial inspection report, following a visit in March last year.

His inspection was triggered by the college, which had a 2014/15 SFA allocation of £2.9m as of April, being assessed as inadequate for financial health by the SFA.

However, following the revisit which he will not formally report on, Dr Collins said he was “delighted with the progress that Weymouth College has made under its new leadership and management, its successful delivery for students is now being underpinned by a much improved financial performance”.

The college’s former principal Liz Myles was suspended, pending an internal review of the college’s finances, in November last year and then retired in February.

The college cannot advertise for a successor until the SPA is concluded and acting Principal Nigel Evans (pictured above right) told FE Week: “The FE Commissioner was delighted that we expect to break even financially next financial year and even post a small surplus.”

He added: “We anticipate that the next meeting in October, when Dr Collins will check that our enrolments meet our funding allocations, will mark the end of the SPA and confirm the college’s independent future.”

An SFA spokesperson said it was “satisfied with progress to date” at Weymouth College.

She added the SFA agreed that East Kent College had “successfully integrated the provision at Dover and Folkestone” and “no further monitoring or support is required”.