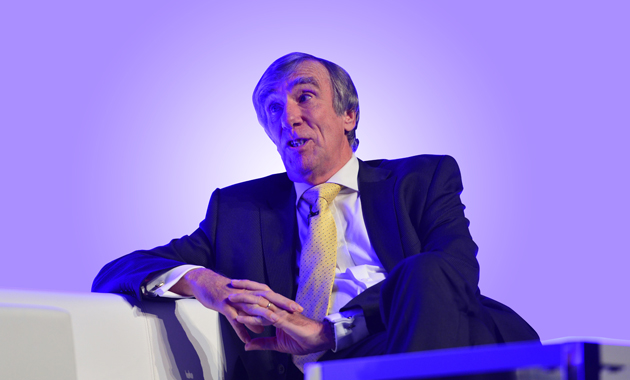 A merger between two failing and nearby South East London colleges could be on the table with the FE Commissioner considering both their futures, FE Week can reveal.

Dr David Collins has been sent into Greenwich Community College and Lewisham Southwark College in recent months after they both got disastrous grade four Ofsted results — the second in a row for Lewisham Southwark.

And while his recommendation of a structure and prospects assessment at Greenwich was made public in March, a Department for Business, Innovation and Skills spokesperson told FE Week he had recommended the same at Lewisham Southwark and that it was now under way.

The report of Dr Collins’ second Lewisham Southwark inspection has not been published, but the BIS spokesperson further revealed the two colleges, which have around 23,000 learners, had already entered into “discussions” with each other.

Greenwich principal Lindsey Noble, who took over after the inspection by Dr Collins, who placed the college into administered status amid concerns over provision and finances, said: “One option might be merger with a number of possible colleges, including Lewisham Southwark College, but a range of options will be considered.”

A spokesperson at Lewisham Southwark said information about its structure and prospects assessment had “been shared with staff”.

The assessments of the grade four colleges come amid calls for a review of FE provision in South East London in the same vein as the review underway in Nottingham, as revealed on feweek.co.uk this month [click here for more]. And the principals of two other South East London colleges also raised no objection to a review.

Shakira Martin, National Union of Students vice president-elect for FE and Lewisham Southwark students’ union president, said: “I would rather the commissioner focused on provision across the area rather than individual colleges. It could put issues faced by my college and Greenwich in better context.”

Further Education Trust for Leadership honorary president Dame Ruth Silver, a former Lewisham College principal, also backed an area-wide review. But she said: “I think any mergers would be wrong, as existing problems just get bigger with bigger colleges.

“The issues facing colleges in South East London stretch beyond FE, as our sector is missing out on funding to schools and universities for example. I would ultimately like Dr Collins to look at all education in that area and how it could work better overall.”

Danny Ridgeway, principal of grade two Ofsted-rated Bexley College, said: “There are clearly issues with quality in some South East London colleges. We do not object in principle to a review nor to the possibility of federations or mergers.”

Mark Silverman, principal of grade three Ofsted-rated Lambeth College, said: “If there was an area-wide review, then we would expect to contribute. We support anything that can contribute to improving FE.”

The BIS spokesperson said it would be for the new Government to decide whether to launch an area-wide review of South East London.

Between them, Lewisham Southwark College and Greenwich Community College have around 23,000 learners — or in Ofsted-esque parlance that many learners are in provision that is inadequate.

Their similarities in Ofsted grades, not to mention their close South East London proximity, might make the suggestion of merger appear logical.

But it’s a move that should not be taken lightly. As Dame Ruth says, we could just end up with one big grade four mess. Merger in itself is no solution — remember K College?

The situation, again as Dame Ruth puts forward, requires a wider view, and on this basis questions should be asked as to why such a review has taken place in Nottingham and not South East London.

The East Midlands city’s two colleges are both (relatively) mere grade three-rated providers and while finances are said to be an issue at one, exactly the same can be said of Greenwich.

It’s just over two years ago that, reporting in FE Week and armed with research on falling Ofsted grades, I asked if we had ‘a capital in crisis?’

So, with the new Government taking shape and potential new Skills Ministers being sounded out, we have an early request for the new post-holder. Give us a review.