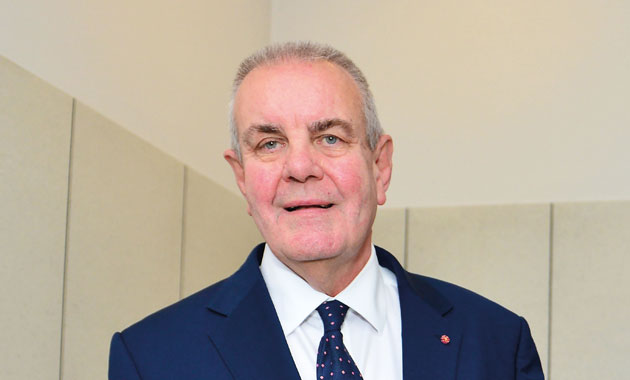 The Education and Training Foundation review of non-GSCE English and maths qualifications is likely to result in a call for level two programmes in the subjects to be maintained, FE Week can reveal.

Although the recommendations have not yet been agreed, review chair Professor Ed Sallis (pictured) gave FE Week a preview of his findings, due to be published on Thursday, March 26.

“What’s come through strongly from the research actually is that there is a need for an alternative route for some young people and some adults,” he said.

“While GCSEs are very important and government policy is right in trying to get as many people a GCSE in English and maths grade C at least as possible, there is for some young people and many adults, the need to achieve a level two in English and maths in a different way.”

However, he did not say what the review’s conclusions would be on whether such non-GCSE level two qualifications should be “a stepping stone or whether it should be an alternative route” — although he said it was something the report “would be exploring”.

He would also not be drawn on whether the GCSE alternatives should be Functional Skills qualifications as they currently exist, or an entirely new qualification.

Former Skills Minister Matthew Hancock made moves to scrap Functional Skills in favour of GCSEs, however, in October his successor Nick Boles handed the qualifications a lifeline, saying they were “important” and simply needed to be “rebranded”.

Prof Sallis said the review would show “what percentage of employers understand and give value to Functional Skills”, but that the data had not yet been “fully analysed”.

But he said: “Not surprisingly, but very importantly, we found employers are very concerned about the level of maths and English employees have, particularly their new recruits.

“I suppose you might say, ‘we knew that’ but actually we’ve never asked the question in a proper study, so now we know it’s important to them.”

The review into non-GCSE maths and English qualifications began in December and heard from 1,400 individuals and organisations — including 489 practitioners, 229 colleges, awarding organisations and independent learning providers, and 31 apprentices — through telephone and face-to-face interviews, online questionnaires, webinars and seminars.

Prof Sallis said conducting the review had been “pleasurable” but “exacting” given the short time available to publish the results before purdah, which forbids new policy announcements during an election campaign. The aim of the report, he said was to “stimulate a really good debate”.