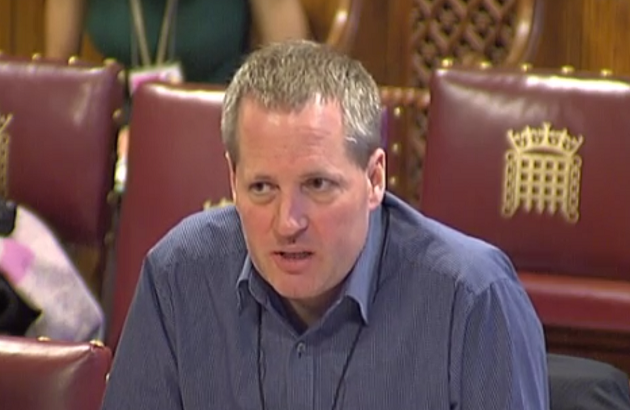 The method used by other European states to recognise English apprenticeships relies on the doomed Qualifications and Credit Framework (QCF), a senior civil servant has admitted.

Angus Gray (pictured), head of the European Social Fund division at the Department for Work and Pensions (DWP) was giving evidence to the House of Lords EU internal market, infrastructure and employment sub-committee today (March 16) alongside Employment Minister Esther McVey.

When asked by Lord Liverpool whether the government has any evidence of the UK apprenticeship qualifications being recognised in other EU member states, Mr Gray said the QCF, which is due to be scrapped by regulator Ofqual, currently allowed that recognition to take place.

Mr Gray said: “Essentially an apprenticeship, as you know, is a mixture of work and a series of qualifications which are made up in a series of models.

“They can map those qualifications across to this European framework. And the more that other states also do the same, the more that cross-understanding of the equivalents can be understood.”