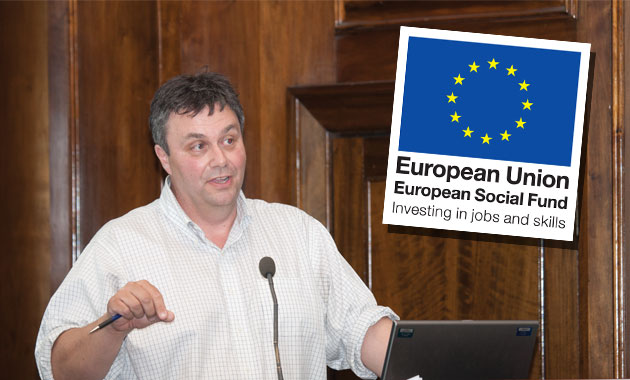 A European Commission-forced government climbdown on plans to hand control of nearly £1bn of Euro skills cash to the 39 local enterprise partnerships (Leps) has been labelled a “backward step” and “reverse-devolution”.

The government had previously planned to give Leps a “direct role” in decision-making over European Social Fund (ESF) spending for skills training schemes up to 2020.

But the Minister for Communities and Local Government European Programmes, Lord Ahmad, has written to Leps telling them that only the London Enterprise Panel (London’s Lep) would now be allowed to “manage and take decisions” over ESF and other European Union (EU) structural and investment funds.

His letter said the commission had “advised that this approach is non-compliant” with European Structural and Investment Fund Regulations, which state that only the managing authority — central government in England’s case — could decide where the money goes.

The Greater London Authority Lep will be able to spend the cash as it has the necessary intermediate body devolved status.

It has left the remaining 38 Leps with merely “advisory” roles.

The climbdown failed to impress Alex Pratt, chair of the management board of the Lep Network and also chair of Buckinghamshire Thames Valley Lep that was allocated £5m capital skills funding up to 2021 last July.

“It is reverse devolution that’s giving more power to London from the regions and not what was previously planned,” he said.

Daniel Mouawad, chief executive of South East Midlands Lep that was allocated £9m capital skills funding up to 2021 in July, said: “At face value, it would seem that this goes against previous policy to encourage devolution beyond London.”

A government spokesperson said: “Throughout the development of the EU Structural Funds programmes, the Government has sought a substantial amount of local involvement.

“We have always been clear that central government would retain Managing Authority functions, but as part of this the government has sought to give Leps and partners a direct role in decision-making on projects.

“However, the commission has expressed concerns about our proposed approach. To ensure that the programmes can start as soon as possible the government proposes to proceed with a model in which Leps and partners have a key advisory role while decisions will remain with managing authority teams based in local areas.

“The government will review the position in the next 12 months and use that time to work with Leps to develop proposals for greater local responsibility.”