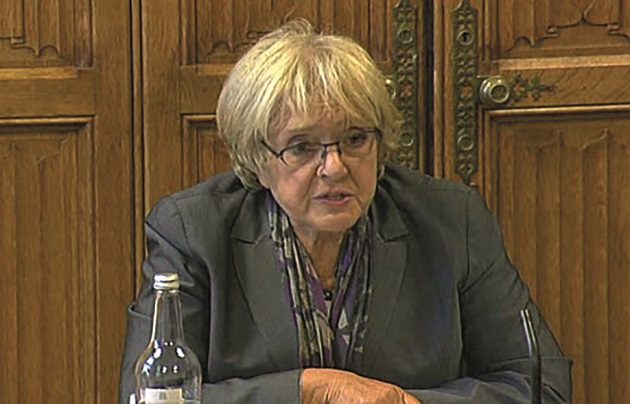 A government plan to reduce £300m of FE and skill bureaucracy has come under fire from Public Accounts Committee (PAC) chair Margaret Hodge after a National Audit Office probe found it had cut less than 2 per cent of costs for providers.

In a damning report out today, the NAO said the Department for Business, Innovation and Skills’ (BIS) Simplification Plan — launched after an NAO report in 2011 estimated the cost of meeting funding, qualifications and assurance requirements to providers was between £250m and £300m — had saved a mere £4m and that a “much more serious effort” was needed.

The NAO report points out the plan, containing 42 actions across 10 different bodies, was “not a strategic stocktake of where simplification might have the greatest impact” and that providers themselves had “little voice” in its development.

Ms Hodge, pictured, said: “I am incredibly frustrated that the efforts of BIS to cut bureaucracy have not reduced the admin burden faced by the FE sector. The department’s simplification plan has brought cost savings of only £4m – which is just a tiny fraction of the £7bn which goes to FE providers each year.

“Worse still, many providers feel that the weight of bureaucracy put on them by complex funding and assurance arrangements is the same or greater than before the plan. It’s no wonder that providers struggle with all the different arrangements when they have to deal with multiple bodies and funding principles for different learners on the same courses.

“I am deeply concerned that public money is being spent on unnecessary admin and diverted away from learners. The department needs to do a great deal more to understand how much it will cost for providers to comply with further changes that might lead to an even greater admin burden.”

The NAO report points out that BIS does not keep a record of compliance costs, and so cannot even track whether the its plan worked. However, it said 30 of the actions had been achieved by September last year, but added that “most providers consulted during the evaluation felt the administrative burden was either worse than or no different from that experienced before the plan”.

The NAO report said: “The plan contains some good ideas, volunteered by the funding and oversight bodies, but implementing these ideas has not impacted significantly on the cost burden of complexity, as this report shows.

“A much more serious effort, led by BIS, is needed to meet the PAC’s concerns and deliver better value for money in a sector that is already hard-pressed.”

It goes on to make five recommendations for BIS, including improve the quality of information on compliance costs imposed by funding and assurance bodies; work with the Department for Education (DfE) to publish a document that clarifies the roles, responsibilities and accountabilities of the various oversight bodies; and, work with the DfE to find more radical ways to simplify the complex funding arrangements.

It also said that BIS should ensure that forthcoming changes are implemented consistently with policy aims, but do not introduce unnecessary complexities and costs for providers; and should work with Ofqual, the Joint Council for Qualifications and the Federation of Awarding Bodies to reduce the variation in administrative requirements placed on providers by the awarding organisations.

Amyas Morse, head of the NAO, said: “We and the PAC have highlighted before the over-complexity in the further education sector and the unnecessary burden this places on training providers. This diverts money away from students.

“Despite some progress there is still too much red tape. While initiatives to reduce the levels of bureaucracy have generated some good ideas, putting them into practice has not significantly cut the cost incurred by hard pressed providers. BIS, working with the Department for Education, needs to consider more radical ways to simplify complex funding arrangements.”