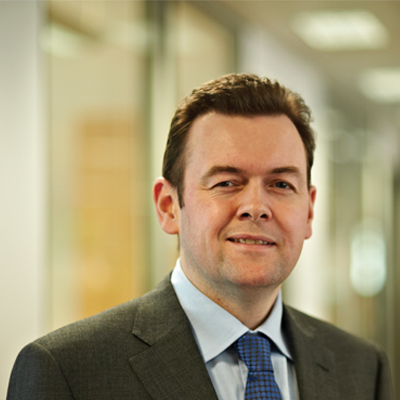 The chief executive of the Network for Black Professionals adds: “I am who I am today as a result of my education.”

Mann’s father, Bhag, had left Punjab, India, in 1954 to come to the UK to work in Black Country factories.

From left: Mann’s daughter Pirandeep, her mother Ajit, Mann and her son Amandeep when Mann received her honorary doctorate in 2013

But her mother, Ajit, went back to India with newborn Mann. And despite speaking no English herself, Mann’s mother was “diligent” in her attempts to help Mann and her younger brother, Bhupinder, learn the language upon returning.

“As a child, we were told to copy word for word chapters from a book, and then she would compare and assess the neatness of the writing — that was part of our growth,” she says.

“She did believe in education, they both did, and I’m very thankful for that.”

Mann has “fond memories” of the household, which soon came to include two younger sisters, Gurminder and Davinder.

“They never denied us anything — at Christmas time we’d get stockings and we’d have oranges and the odd gift,” she says.

“Looking back, I don’t know how my mum, who didn’t speak the language, knew that was what people did at Christmas.”

I was in the hospital with my English and history books, gave birth, and then I was back to my books

Mann knew from around the age of 14 she wanted to be a teacher, but her parents’ attitude to her education was not matched by her school.

“I was very clear I wanted to do a Bachelor of Education — don’t ask me how or why I knew this — I was encouraged just to do a certificate in education, but I wanted a degree,” she says.

“But there were lots of battles at school, with people saying: ‘You’re going to have an arranged marriage so what’s the point of you doing A-levels? You’re not going to university.’

“There was that negativity in the schools.”

Fortunately, Mann had a “partner in crime” in her best friend, another Asian girl called Pardip, who wanted to study law at university.

“Indian girls staying on to study were quite unheard of,” she says.

“So that helped, having someone with whom I could share those ambitions.

“We were of a small handful of girls who were allowed to study away from home, and that was a huge achievement and very much down to my parents’ belief in education.”

Mann got her wish and went to Warwick University, but very early on during her time there, her parents dropped a bombshell on her.

“Unbeknown to me, they were fixing up an arranged marriage,” she says. Above: Mann, aged eight months, while still living in the UK as a baby

“My friends had been in a similar position, but I never I thought my parents would do that to me.

“They were very keen to get me to university but there was a lot of community pressure.”

Mann’s husband, Makhan, arrived from India in the same week she started university, which, she says cheerfully, was “a challenge”.

“I was just shown a photograph and told this the person I was going to marry,” she says.

“I was very anti, but it was a fait accompli, in many ways, and I just accepted it — I suppose I felt that it was my destiny.”

Despite this, Mann is quick to point out she bears her parents no ill will over the marriage.

“From their point of view, they only wanted the best and I’ve got nothing against arranged marriages,” she says.

Determined to continue her studies, Mann transferred her degree to Wolverhampton.

“And when she became pregnant in her final year, she refused to let it get in her way, first disguising her pregnancy beneath a large coat and then turning down the opportunity to take a term out when she finally told the university.

Two weeks after giving birth to son Amandeep, she sat her final exams.

“I was in the hospital with my English and history books, gave birth, and then I was back to my books,” she says.

“It was sheer determination.”

The experience must have been difficult, but Mann grins broadly as she tells me about it.

She qualified as teacher in 1980, but unfortunately the path to her dream job was not as simple as she’d hoped.

“I’d get interviews and their jaws would drop when I’d turn up because they weren’t expecting an Asian woman,” she says.

“There were setbacks and knocks like that on a few occasions. I thought by having the qualifications, that would enable me to progress, but I don’t think that’s always the case.

“I think being a woman, being an Indian woman, all of those things, the barriers, the stereotypes do get in the way, and those have shaped my career history.”

Mann didn’t get into teaching, and instead got involved with community work and community education.

Once again, there’s no self-pity about the way Mann talks of her experiences, which “sparked” a lasting interest in inequality in education. “It was very frustrating but you just get on with it,” she says.

After working for various local authorities in community support and equality roles, an MA in race and education, and the birth of her daughter Pirandeep, Mann took up a post as North Birmingham College’s outreach co-ordinator in 1988, which she says, allowed her to combine her qualifications and her experiences.

At 40, Mann took stock, and decided to get a divorce.

“I started questioning life, and I felt I was being hypocritical, not true to myself,” she says.

After a stint at Bilston Community College and the National Institute of Continuing Adult Education and co-ordinating the Black Leadership Initiative, Mann found herself at Network for Black professionals, becoming its chief executive in 2013.

“The sector did change and has gone through a process of change, since then but I think we’re going backwards because people are frightened of saying you’ve got to do targeted interventions,” she says.

“I’m not for separatist provision, but at the moment you’ve got to have that in order for people to be able to compete effectively in the mainstream provision.

“You have to have a long term, sustainable approach rather than a reactionary approach — what it requires is that you use evidence to support the change you wish to see, and I feel that that isn’t being done, not in the FE Sector.”

And Mann isn’t done with her own education yet — although she has an honorary doctorate from the University of Wolverhampton the idea of a PhD is tempting, she admits.

“I’d like to do something on the the impact of the network — we’ve gone from four to 17 black principals in a decade, that’s a huge achievement,” she says.

Sadly, one of the driving forces behind Mann’s education, her father Bhag, did not live to see her honorary doctorate or her OBE awarded. “Going to the palace was an amazing experience for my mum and I always wished my dad had been there to see it — it was part of his dream,” she says.

“He would have been so proud of the honorary doctorate — my mum was in
floods of tears.

“I would never have dreamed I’d get that sort of recognition, for a girl from a Wolverhampton state school.

“Yes, I knew I wanted to teach, but I had no idea where that was going to take me.”

The Help by Kathryn Stockett. The key thing is that it’s about women pushing a the boundaries and how important it is to have people who are really wanting to make a difference

I’m not very good at switching off from work if I’m honest. I like being at home, because I have to travel quite a bit so I like touching base. I like cooking, fusion cooking, so Asian and English and whatever else really — even if it’s Italian it still becomes Italian Indian because I like my chillies

Hypocrites. I feel very strongly that you have to walk the talk. Other pet hates include people jumping in front of you in queues and people who swear. I hate that

I knew very clearly that I wanted to be a teacher. I don’t know what drove me to that