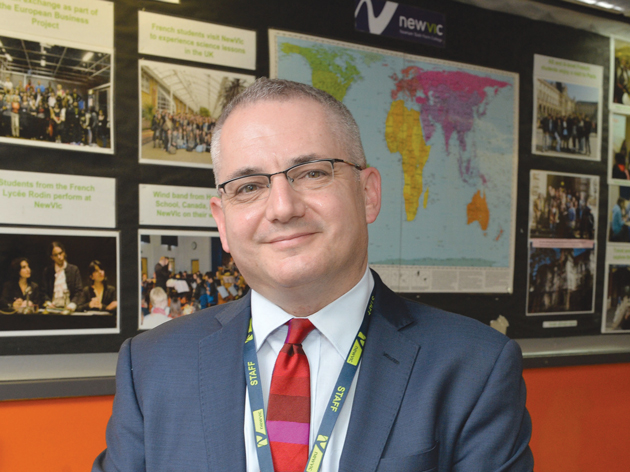 The principal of an East London college that stepped in to save sixth form learners dumped over their AS-level grades by an Eton-backed school has called for all providers to “keep faith with learners”.

They had been kicked out by LAE, which promotes itself as a feeder for “Russell Group and other high status universities,” after failing to achieve three C or above results at the end of their first year.

And they told Academies Week how they were only informed of the grade requirement during the school year — rather than during the application process.

But with Newvic offering A-levels by different awarding bodies, they face the prospect of starting all over again with a further two years of FE study. And with government funding for full-time 18-year-old learners having been cut by 17.5 per cent, the college itself is facing a further budget squeeze as it takes on the responsibility of teaching the ex-LAE learners.

Mr Playfair said: “It does seem to me that those providers who do have a very high threshold to progress from first to second year are not keeping faith with their students and are not seeing students through and not necessarily supporting students through those ups and downs of study.

“The more providers that do that, the more movement there is going to be and more students who will be affected by this. Ideally, I would prefer to see us all taking responsibility in our role, whether students do well or not.”

Head teacher John Weeks, formerly deputy head teacher at Brighton College, conceded that a “small proportion” of learners had not met the school criteria to get a place at a top university and so had since left.

“A number of students, following school-based and independent careers guidance, given both before and immediately after AS results day, have moved to other institutions who offer a broader range of courses,” said Mr Weeks.

“These moves will give them the best opportunity to secure places on university courses right for them.”

Visit academiesweek.co.uk/lae for more on this story, including Mr Weeks’ full response.