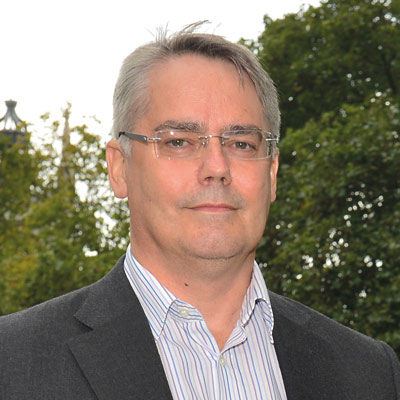 Marketing a brick is no easy task. “It’s not one of those things where there’s more than meets the eye — it’s a brick. You quickly run out of superlatives for the latest brick,” says Stephen Wright, who landed an early 1980s job in marketing with a brick and tarmac company fresh from a business degree from Coventry Polytechnic.

It’s a far cry from the world of qualifications, where Wright has headed up the Federation of Awarding Bodies (FAB) since last month.

“The sector is very variable, and awarding bodies are not homogenous — some are large, some are small, some have got very large international business,” he says.

And such variety does not, for the dad-of-three, equate to an overpopulated sector. Wright, aged one, with grandfather Ernie, a train driver

Indeed, he takes issue with the idea that there might be too many qualifications, as concluded by the Nigel Whitehead review for the UK Commission for Employment and Skills, which successfully called for public funding of many adult qualifications to be cut.

“I can understand the perception,” says 50-year-old Wright, but adding: “It doesn’t make sense to me because I’ve never worked for an awarding body which makes qualifications for fun just to annoy people like Whitehead.”

For new Skills Minister Nick Boles surveying all of the qualifications on offer, he admits, “it does look confusing.”

“But actually if you look at it from a niche position, as a business in a particular industry then you might know the three qualifications related to your sector,”
says Wright.

But he acknowledges there is still a lot of work to do to illuminate the sprawling world of qualifications.

“We did a survey in the late 1990s about what qualification employers recognised most, and it was the O-level,” he says.

“But O-levels had finished in 1988 — it just shows that within the sector a lot goes on, but out there it’s such a small part of what people generally do you have to work very hard explain it.”

And it is the subject of the O-level replacement GCSE, and also A-levels, with regards annual headlines proclaiming exams are getting easier, that gets Wright hot under the collar.

“No, exams are not getting easier,” he says.

“There’s not really any great incentive for people to make exams easier. I guess there may be the temptation to go for one kind of qualification rather than another, but the vast majority of qualifications are well-designed, valid assessments of people’s skills.”

Wright’s first insight into vocational education came in 1993, when he began marketing the Devon and Kent trainee enterprise councils (Tecs).

Since then he has worked for awarding bodies small and large, from City & Guilds and Edexcel to ITEC and the Institute of Sales and Marketing Management.

And now as FAB chief executive, he says he’s only just realising how valuable the organisation’s work is for members — despite being a member since its inception in the early 2000s.

“The first thing that hit me was just the sheer range of subjects it gets involved in,”
he says.

My kids don’t believe I know anything about qualifications

“When [former chief executive] Jill Lanning handed over, I totted up just how many groups she was attending and it was 47 different committees and groups, which is quite astonishing.

“And that level of representation I just wasn’t aware of.

“I was aware of the weekly newsletter and as a small awarding body I thought was fantastic, it meant I didn’t have to go to 47 different committees to keep abreast of the main things that are going on — so my first job is to keep that going.”

Wright, one of three children, was born and raised in Southport where his parents — television rental company manager Ian and school dinner lady Joan — were “the very standard lovely mum and dad who looked after us, and encouraged us and supported us”.

School on the other hand, was less supportive. Wright with sons, from left, Oliver, George and Henry in 2004

“I didn’t really enjoy it, but didn’t hate it either,” he says.

“The school’s expectations were pretty low and I accepted that very willingly — I did the minimum to be pretty good, without being anything special.

“Everyone has the odd inspiring teacher and there were certainly some of those, but generally an air of low expectations has an impact on everybody at the school.”

Wright now lives in Kent with wife Jane, a landscape artist, and Oliver, who is set to follow his brothers to university.

But despite his expertise in qualifications, Wright still experiences the same difficulties of any parent watching their offspring go through exams.

“My kids don’t believe I know anything about qualifications,” he says.

“I say to them ‘Find out what the specification is, because that’s what you’ll be assessed on’ and they say ‘You don’t know anything about it, Dad’.

“They don’t listen to me, and then you notice that they sort of have later on.

“So I’ve said priority one is do something you’re interested in, you get the best results out of it.”

It seems he’s following his own advice
in his new role.

“Awarding is a fantastic sector to be in, it has such an impact on people’s lives and on the economy, the success of the country, by increasing skills, increasing people’s confidence,” says Wright.

“I’m still getting into the job. I’m just looking around, but I’m enjoying the fact that my day job is something I really want to do, and I’m here to really do something with this rather than just keeping it chugging along.” Wright (centre) with, from left, brother John and friend Nick Fahey-Wilson at watching England vs France in Euro 2004

He also says part of his focus will be
on how FAB can “support, help and encourage awarding bodies to get into
the international market”.

“I went out to South Africa with City & Guilds and it’s quite enlightening — when you’re in the UK and people are umming and ahhing over vocational qualifications and
the value of them and then you go out to
South Africa and they’re so valued
and they’re considered so important and they’re held on such a pedestal. Yes, internationally, British qualifications have got a very high reputation.”

I don’t like being late, it doesn’t mean I’m not late, but I beat myself up about it

When I watch football, I can switch off everything. I used to play football with some friends but you get a bit old for it so me and a few friends have been trying a new sport every month — we’ve done canoeing, bowling curling, climbing, volleyball, sumo wrestling, tennis.

It would have to be somebody who little is known about like Shakespeare.

Also I met Charlie Duke who walked on the moon and he had amazing stories — an amazing man, and someone I’d want to meet again

A footballer [Wright is a Southport Football Club supporter]. I still do. A top footballer that everyone recognises is the best in that position.

Also an archaeologist. I have no idea why