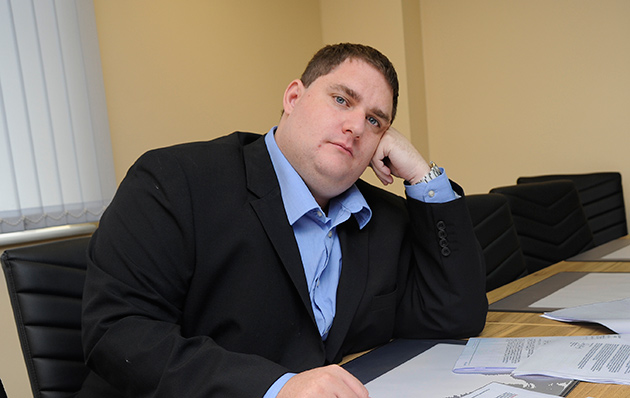 A Rotherham-based provider has warned that 32,000 paying learners might not get their certificates after a number of awarding organisations pulled their approval.

And it has also emerged that awarding organisations Cache (Council for Awards in Care, Health and Education) and VTCT (Vocational Training Charitable Trust) have withdrawn their approval for MDLC, too.

A spokesperson for the provider, which launched four years ago and now claims to have a turnover of £3m, claimed it was fighting for the certificates of “32,000 students across the UK” to “prevent them from potentially losing out on tuition fees totalling hundreds of thousands of pounds”.

Joshua Cole (pictured), MDLC director, conceded there was an issue with payment, but said NCFE had, for the first time in four years, asked for money upfront.

He also alleged his firm’s dealings with other awarding organisations had been hit by an accusation of malpractice from NCFE, which declined to comment on the claim.

He said: “Unless we find an alternative awarding organisation then we are in serious trouble. We are worried about our learners waiting for certificates and around 15 staff would be affected if the company closed.”

The MDLC quals offer, as listed on its website today, included a level three Cache certificate in assisting and moving individuals for social care settings, priced at £274. It also included an NCFE level three certificate on principles of business and administration at £334.

But they will no longer be certificated.

Mr Cole claimed that just over four months ago NCFE gave MDLC notice it was removing its approved status under a clause of convenience that did not require a reason.

He said it then asked for a list of all of learner starts on courses certificated by the awarding organisation and he claims it said learners would be given 12 months to complete.

Mr Cole said he gave NCFE the list, only to receive a bill for immediate payment for around £20,000 for all the certificates. He claimed to have refused to pay on the grounds that during four years of dealing with NCFE he had always paid piecemeal as each learner completed. At this point NCFE refused any certifications until it was paid, he said.

Mr Cole said he then tried to move a number of MDLC students to a Cumbria-based provider called Great Achievers — where until earlier this week he had been a director, according to Companies House — but it too had its approval removed this week by NCFE, he claimed.

However, he also accused NCFE of telling other awarding organisations that it had cut ties with MDLC because of malpractice, and he was therefore planning to sue NCFE for defamation.

The MDLC spokesperson said: “Chiefs at the NCFE have issued a notification about MDLC to 70 other awarding bodies under an Ofqual malpractice clause. When challenged on this by MDLC, however, NCFE has repeatedly said the decision was not based on any suggestion of malpractice and was under a clause of convenience. MDLC is in the process of issuing a claim for defamation against the NCFE over the notification.”

Mr Cole said: “The damage that has been done to the business means we have no option but to resort to legal challenges. However, I now fear for the future of the business as no other awarding bodies will be willing to work with us as a result. This has been disastrous for both us and our students and I’m desperate to find a solution that ensures we can both enjoy a prosperous future.”

An NCFE spokesperson declined to comment on Mr Cole’s claim of a malpractice accusation, but said it had issued the clause of convenience because of the unpaid bill, saying: “There are no concerns about quality or malpractice in this situation.”

She added: “These [unpaid] invoices relate to the registration fees that must be paid by MDLC in return for NCFE providing external quality assurance and certification to learners registered with MDLC on QCF [Qualifications and Credit Framework] and IIQ [Investing In Quality] programmes accredited by NCFE.

“NCFE is taking appropriate action to deal with this matter. Unfortunately, until this situation is resolved NCFE will be unable to provide external quality assurance visits and certification to MDLC and its learners.”

A spokesperson for Cache said: “We have not authorised MDLC to engage in the so-called ‘re-selling’ of our courses and they might be breaking the law by doing so.

“We are currently taking legal advice regarding MDLC’s actions and have been advised that a further comment at this time is not appropriate.”

Mr Cole claimed to be unaware of VTCT’s actions. And he said it was common practice for providers to re-sell courses — meaning qualifications were granted through one provider but given out by another.

He said: “We re-sell our courses to many companies and Cache always knew this. I think they took the decision after hearing about the action NCFE had taken.”

An Ofqual spokesperson said: “We are aware of the issue [between MDLC and NCFE] and are monitoring the situation. We will not comment further at this time.”