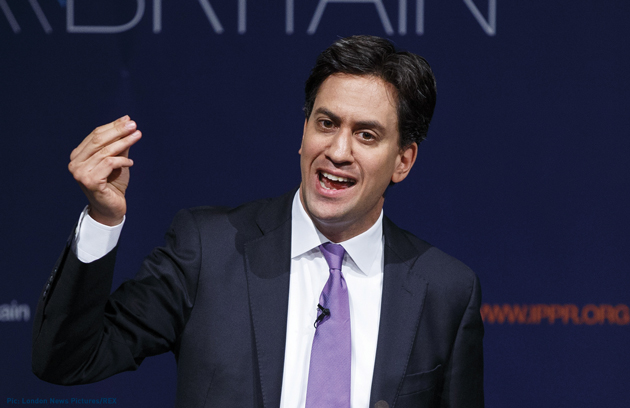 Labour has been accused by Skills Minister Matthew Hancock of copying Conservative Party policy with proposals to drop JobSeekers Allowance (JSA) for 18 to 21-year-olds.

Labour leader Ed Miliband’s proposals to instead bring in a parental means-tested youth allowance dependant upon enrolment in training up to level three, were compared to an announcement in October by Prime Minster David Cameron.

Mr Hancock tweeted Shadow Work and Pensions Secretary Rachel Reeves with a link to national media coverage in which Mr Cameron said under-25s would be stripped of benefits to ensure they either ‘earn or learn’, with school-leavers having to take a job, an apprenticeship or remain in education or training.

It came on the same the day Mr Miliband endorsed proposals from the Institute for Public Policy Research (IPPR), made in its 270-page Condition of Britain report, to introduce the youth allowance.

Mr Miliband, speaking on Thursday (June 19) at the launch of the IPPR report, said: “We can’t succeed as a country with unskilled young people going from benefits to low paid work and back again without proper skills. Because it doesn’t give business the productive workforce they need.

“And it costs the taxpayer billions of pounds in extra welfare spending and lower productivity. So we’re going to change it.

“What the proposals in this report show is that we can address these issues and reform welfare in a way that is progressive not punitive.

“And a Labour government will get young people to sign up for training, not sign on for benefits.

“So for 18 to 21-year-olds, we will replace JSA with a new youth allowance. An allowance dependent on young people being in training. And targeted at those who need it most.

“These are the right principles: Britain’s young people who don’t have the skills they need for work should be in training not on benefits.”

It was reported that the reform would affect around seven out of 10 of the 18 to 21-year-olds currently claiming JSA, and initially save £65m.

Ms Reeves, speaking earlier in the day during an interview with the Today programme, said: “The youth allowance that will replace JSA will be paid at £57 a week, which is the same as young person’s JSA but it will be means-tested on parental income. It is tapered off between £20,000 and £42,000.

“It is treating people in FE in the same way as we treat people in higher education. It is not saying all young people are required to go back and get this training; it is if people don’t have level three qualifications — the equivalent of an A-level.”