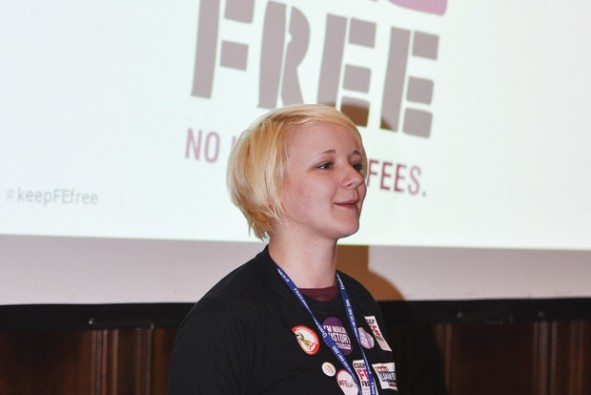 Toni Pearce, the first president of the National Union 0f Students (NUS) from a further education background, has been elected for a second term.

She finished more than 300 votes ahead of her nearest challenger at the NUS annual conference in Liverpool.

A former president of the students’ union at Cornwall College, Ms Pearce has earned a reputation during her first year in office for being an outspoken champion of FE.

Speaking to the conference, she said: “Never let anyone tell you that we’re not already a fighting, campaigning, winning movement.”