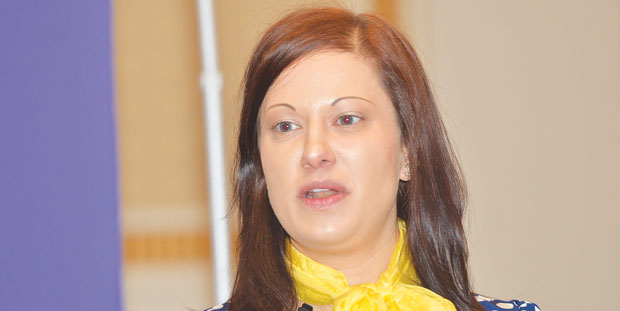 FE Week has seen a letter which it is understood the Warwickshire-based provider’s chief executive Krissy Charles-Jones (pictured) handed to up to 20 members of staff on March 26.

It said the short term outlook for the firm “looks challenging” and invited them to go on “gardening leave” — which usually refers to employees staying away from their workplace throughout their notice period on full pay.

In the letter, she added: “Please note that you are not being dismissed, being made redundant or being sacked and the company are not in administration or liquidation.

“The company will be unable to pay staff on the due pay day and we are currently in the process of raising funds to pay staff. We will notify you of pay in due course.

“In the event of the company going into liquidation, staff will be able to seek full pay, notice and all holiday entitlements from the National Insurance fund; obviously we hope that this won’t be necessary.”

It is believed staff are still waiting for confirmation and receipt of their due salary payment.

It comes after Bright lost the first stage of its appeal against the findings of an investigation into allegations of malpractice.

Awarding organisation NCFE (formerly the Northern Council for Further Education) told FE Week in February it had stopped certificating the provider’s courses following its investigation, which has not yet been published.

Bright, which had boasted a pass rate of between 95 and 100 per cent, was told it would “no longer have any involvement in the administration, delivery, assessment, moderation, invigilation and certification” of any NCFE programmes.

A Bright spokesperson said at the time it “vigorously disputes both the findings and the sanction” and the company lodged an appeal.

A panel made up of two senior NCFE managers and an independent expert has now rejected Bright’s appeal.

But Bright has opted to proceed to stage two of the appeals process — which will involve consideration of the case by a second panel made up of an external contractor, a different senior manager from NCFE and an independent expert.

There is a possible third appeals stage, which would involve an independent expert taking a final look at the evidence.

The whole process could take another 40 working days.

A spokesperson for NCFE said: “We have completed the stage one review panel of the NCFE appeals process and have informed Bright of the outcome.

“Bright have confirmed that they now wish to go to the stage two review panel of the NCFE appeals process.

“We can’t disclose any further information as this remains confidential whilst the appeals process is being followed.”

Bright, originally called Bright Assessing but with the registered trading name of Bright International Training, declined to comment on the letter to staff about “gardening leave”, whether staff had been paid, and the NCFE appeals process.

The Skills Funding Agency also declined to comment on NCFE’s investigation into Bright and the appeals process.