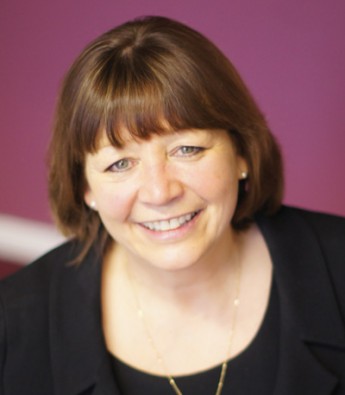 Dr Jane Overbury says it is “genuinely a surprise” to find herself principal of Inner London’s Christ the King Sixth Form College.

“My ambition has always been around being the best I can at whatever I’m doing, and I have always had just very short-term goals,” says the 55-year-old, who was awarded an OBE for services to education in 2009.

“I didn’t enter the teaching profession to one day see myself as a head.”

The setting of her Roman Catholic college, in bustling, multicultural Lewisham,
is a far cry from Kingskerswell — the small Devonshire village where Overbury grew up.

“It was a nice place to grow up, in that we could all play outside on the estate, but as I got older, one of the disadvantages about living in a village is that everybody knows your business,” she says.

“That’s not to say people weren’t lovely, but the older generation all knew who you were and whose family you belonged to, and what your lineage was and so on.”

Their sense of contribution to society, their care and concern, their manners — it’s counter to everything we hear about young people, and young people in South East London

The turning point for Overbury was passing the 11-plus exam, although once again, it came as a surprise.

“I grew up on a council estate, we weren’t wealthy, and we certainly weren’t prepped for the 11-plus… but anyway, I passed and went to grammar school,” she says.

Even as a child, explains Overbury, she loved learning, but one particular teacher, Sue Pike, “opened [my] eyes to a completely different world”.

“She was absolutely key to making me believe in myself,” says Overbury, the fifth child of seven.

“An absolutely fantastic teacher — she was my English teacher and my drama teacher, but she developed my thinking beyond just the subject knowledge.”

It was through a drama club run by her inspirational teacher that Overbury met best friend Rachel Crane, who attended the local secondary modern school.

“Our two teachers lived together, so we both went to this combined drama club and got to know each other, and then we got to know them very well and throughout sixth form,” she explains.

“It was a time when teachers could take you out to all sorts of places — they
were instrumental in opening our eyes to theatre and dance and drama in ways
we would never have been able to do otherwise.”

In September 1979, aged 18 and inspired by Ms Pike, Overbury set off for Philippa Fawcett teacher training college in London to qualify as an English and drama teacher, while Rachel went to study catering at Torquay Technical College.

However, shortly after, Rachel came to stay with Overbury in London for the week, got a job as a babysitter and never went back to Devon.

Overbury smiles warmly as she remembers that period sharing a flat with Rachel.

“It was a house with lots of creatives, and for us two girls from Devon it was a real eye-opener,” says Overbury.

“It was time of the punk scene, so we were living with people who were in punk bands — it was a completely different world.

“We sat on the edge [of the punk scene], Rachel and I — we never did our hair and stuff.”

Sadly, Rachel died of cancer four years ago having become a youth and social worker, but Overbury says she is still in contact with Ms Pike.

It was while at Philippa Fawcett that Overbury met husband Steve when he came to eat at the restaurant she was working in while taking her studies.

Steve is now a layout designer for a magazine, as well as writing books and articles.

The couple live in Dulwich and have
two daughters, Lucy, aged 27, who works in corporate law and Jess, 25, a doctor.

Overbury went on to teach at William Penn boys’ comprehensive school, and briefly flirted with financial journalism at a
trade publication in London’s financial district.

“I did that for less than a year, and that confirmed to me teaching was absolutely what I wanted to do,” she says.

She returned to William Penn, moving into careers advice in the school’s sixth form and through a series of mergers and collaborations found herself in FE at Southwark College.

“Everything in my career has happened by chance— I never planned it out,” she says.

“Then, one day out of the blue, I saw a job advert for the vice principal of Christ the King.

Overbury’s Catholicism has had an impact on her life, she says.

“What it does for me personally, it gives me a compass and a guide… that sense of having a commitment to something greater and more powerful than me as an individual has been really important in shaping that sense of who I am.”

When the college’s previous principal stepped aside, 12 years ago, Overbury took over.

She says she’s proud to be where she is and of her PhD in education, for which she studied while one daughter did her A-levels and the other her GCSEs.

“Pride is a very difficult thing for us Catholics,” she jokes.

“Proud suggests it’s my intervention that’s done it in some way — pleased with might be a better word — or happy with. I’m privileged to be principal of this college.”

Her affection for the three-site college, graded as good by Ofsted in 2010, is clear.

“I absolutely love what I do. I think it’s a privilege to work with the staff here,” she says.

“When you work with young people here, they’re amazing — the ambition, and what they will do to achieve what they want to achieve.

“Their sense of contribution to society, their care and concern, their manners — it’s counter to everything we hear about young people, and young people in South East London.”

Unsurprisingly, Overbury says she has no plans for the immediate future, except “getting things right” with the college’s development and expansion.

She has no plans to return to Devon either.

“I’m a city girl, my girls are both city girls, and I absolutely love London,” she says.

“People talk about retiring to the country but I’d like to retire closer to town — a little flat up in town would do me very nicely.”

What is your favourite book?
Lost Empires by J B Priestley. It’s about the decline of music halls. I liked the Hilary Mantel books and Samuel Pepys’s diaries — they were very dense reading but I loved them after I got through them

If you could invite anyone to a dinner party, living or dead, who would it be?
Samuel Pepys and Nelson Mandela

What do you do to switch off from work?
I read, I socialise, friends and family, I’ll walk around London sometimes,
museums and art galleries, and sometimes I’ll watch trashy TV

What’s your pet hate?
I don’t really like the idea of hate, but

What did you want to be when you grew up?
I wanted to be a teacher because I wanted to do something where you had qualifications, and you were working in a sort of professional role, and where I grew up the only women I saw doing professional jobs were teachers