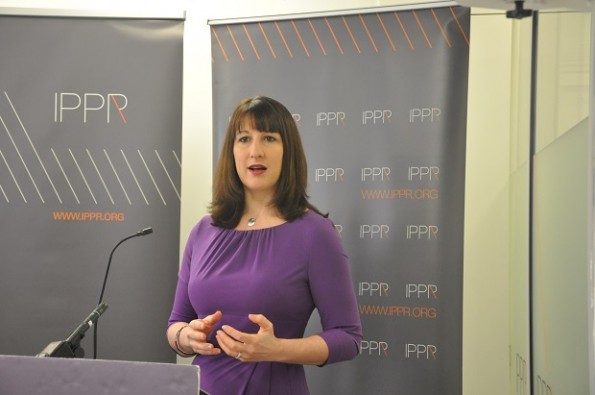 Proposals to make jobseekers take part in English, maths and IT training to qualify for benefits have been welcomed by FE sector leaders — but there were questions about how the training would be funded.

The idea was announced by Shadow Work and Pensions Secretary Rachel Reeves (pictured) during a speech to the Institute for Public Policy Research (IPPR) thinktank in London on Monday (January 20).

She said she was unveiling plans for, “a new requirement for jobseekers to take training if they do not meet basic standards of maths, English and IT — training they will be required to take up alongside their job search, or lose their benefits.”

Ms Reeves said basic skills were “essential in today’s job market”, but that “shocking levels of English and maths among too many jobseekers” were “holding them back from getting work and trapping them in a vicious cycle between low paid work and benefits”.

“Research shows that nearly one in five of those who have made multiple claims for unemployment benefits have problems with reading or numeracy,” she said, adding that schools had a “critical role to play”, but that FE was also important for those lacking basic skills.

Dr Mary Bousted, ATL general secretary, said: “It is good to hear that the Labour Party is making a commitment to provide jobseekers with training in English, maths and IT.

She added: “We would like to see a greater commitment from companies to training their staff at the beginning and throughout their career.”

Michele Sutton, AoC president, said: “Colleges already have an excellent track record of working well with Jobcentre Plus and they are experts at getting people into employment. Our members currently work with 230,000 unemployed people a year and 97 per cent of colleges work with Jobcentre Plus.”

She added: “The work colleges already do with the unemployed is succeeding, but they are working with more people than they are funded for. If Labour wants colleges to work with more benefit claimants, they will need to ensure sufficient funding is available to make it a reality.”

Ms Reeves’ comments came two months after IPPR report No More Neets, the last of its three reports late last year, called for a ‘youth allowance’ to replace existing out of work benefits for 18 to 24-year-olds.

The report also called for a ‘youth guarantee’ to be established, offering access to FE or vocational training plus intensive support to find work. For those not learning or earning after six months, mandatory paid work experience and traineeships should be provided, it said.