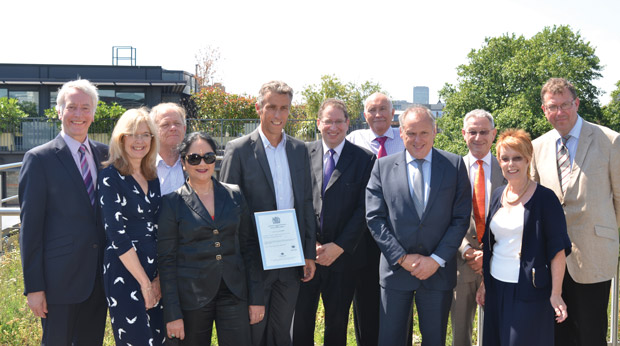 The Education and Training Foundation will be celebrating its first Christmas in the coming weeks. Rebecca Cooney looks back at an event five months since its “official launch” — and even further back to the early discussions about a new sector organisation.

The concept of the Education and Training Foundation, the sector self-improvement body, was first given life in August 2012.

The group has been through consultations, a name change, a shock resignation and is now up and running, so FE Week took a look back over the foundation’s eventful first 18 months.

In October 2012, Skills Minister Matthew Hancock announced the Association of Colleges (AoC) and Association for Employment and Learning Providers (AELP), along with HOLEX, would be steering the proposed group, then known as the FE Guild.

The guild, said Mr Hancock, would “support and enhance the professional standing of those who teach in further education”.

The group was renamed the Education and Training Foundation after a consultation deemed the name guild “old-fashioned”. In April, an implementation plan was released detailing £18.8m funding to be provided by the Department for Business, Innovation and Skills (BIS) for the first two years of the foundation, which would then move towards being self-funded.

It also revealed the foundation would operate by commissioning other bodies to carry out its research and development work.

Many questioned the need for a new sector body, suggesting the Learning and Skills Improvement Service, which was no longer funded after the foundation began, could have been modified to suit the same purpose.

But AELP chief executive Stewart Segal told delegates at the AELP conference in June “the Education and Training Foundation has not replaced LSIS — it is a new and different organisation”.

Peter Davies, then leading the guild steering group, said: “The fundamental premise is that we are about having a professional, relevant, highly, dually skilled and motivated work force.”

The Education and Training Foundation was officially launched on August 1.

But just two weeks in, the foundation attracted criticism for failing to properly advertise senior roles and just a fortnight after that, the interim chief executive Sir Geoff Hall resigned.

The government has tasked the foundation with research and development around fulfilling the recommendations of Frank McLoughlin’s Commission on Adult Vocational Teaching and Learning (CAVTL) which published its report It’s About Work in March.

The foundation’s panel at the conference on the report, held at the Skills Show in November, raised as many questions around how CAVTL’s aims could be achieved as it answered.

Confederation of British Industry director for employment and skills Neil Carberry said: “The challenge is to build confidence in young people, their parents and the education system that vocational education choices have validity.”

Mr Davies reminded delegates that the foundation’s core aim is to be responsive to the sector’s needs.

“We want to hear what you think… Make sure you tell us what we need to do to support you,” he said.

And questions were a big theme for new chair Mr Mullins at the AoC conference the following week.

“But the big question everyone wants to get a much clearer view on from us is, what does that really look like in practice?

“We’ve got a big programme of tenders out, of work underway, but more importantly we’re starting to engage with the sector much more about what they think comes next for us.”

He re-affirmed the importance of the foundation being sector-led.

“Over the next 12 months that’s what we’ve got to get everybody in the sector convinced that we are really doing, that we are helping them synthesise their views and articulate them in a useful way for a wider audience,” said Mr Mullins.

After a shaky start, with tenders submitted in a non-competitive process binned in October for the introduction of a competitive system, the foundation now has a range of invitations to tender out. They include a set of consultations on English, maths and STEM, graduate recruitment, leadership and governance and vocational education and training.

There is also a tender to be the foundation’s delivery partner for Teach Too, a key part of the CAVTL report which said all lecturers should also be practising professionals in their field.

At the AoC conference, Mr Mullins summed up the foundation’s own hopes for its future.

“Absolutely key for us is ‘is it going to result in a specific, measurable difference?’” he said.

“That’s what we’re aiming to achieve and I’m pretty confident we’re going to be successful.”