Claims last month that up to 50,000 teenagers were studying ‘dead-end’ level two courses were ‘superficial and sensational’ says Lynne Sedgmore.

The second Institute for Public Policy Research (IPPR) report in its Condition of Britain series, entitled Growing up and becoming an adult, makes a helpful contribution to our understanding of a complex issue — why too many of our young people have difficulty making the transition to adult life and what we might do about it.

It points to many factors including the weakening influence of the family in some parts of modern society and the negative effect of many aspects of contemporary culture.

Unfortunately, any positive impact from the analysis risks being vitiated by the superficial and sensational reporting of a so-called finding about vocational education — 50,000 youngsters on ‘dead end’ courses.

The figure of 50,000 appears to be derived simply from an extrapolation of the Neet (not in education, employment, or training) figures — the implication is that if young people become Neet the courses they followed were to blame.

The report then highlights the higher incidence of Neet among those who undertook courses at level two and below compared with A-level students — hardly a surprising finding, but underlining the accusation that the nature of level two provision is to blame.

Yet IPPR clearly knows what sort of young person finds themselves on a course at level two or below at the age of 16.

They are those who have not been served well by the education system to date; those who have a learning difficulty or come from a disadvantaged background.

They are young people who have been aimed at the lower end of the labour market since they started secondary school, or even since the age of seven as the Jesuits would have it.

The suggestion that the critical factor determining young people’s fate is the content of the courses they followed at the age of 16 is simply ludicrous.

The IPPR asserts that courses at level two and below have ‘limited teaching’ or ‘limited time in the classroom’.

It is not clear where the evidence for this comes from since it is not referenced in the report.

Moreover, it is contrary to the experience of most colleges and the figures recorded in the individualised learner record (ILR). An analysis for the Nuffield 14 to19 review by Fletcher & Stanton found that teaching hours on level three programmes were around 4 per cent greater than on level two, accounted for mainly by the fact that the most able students are sometimes encouraged to take on five A-levels or the equivalent.

The report asserts that it would be preferable if more students undertook apprenticeships.

This is probably true as long as it is not done by diluting apprenticeship quality; and it ducks the important question of what provision needs to be made for the large number of young people who will not be taken on by employers and for whom A-levels are not appropriate.

At the moment, vocational courses in colleges serve the great majority of them very well. Through the use of both work experience and realistic work environments they help induct young people into an occupational identity, provide useful occupational skills and motivate them to continue with more general education.

Such students can be found in training restaurants and college farms, running shops and salons, travel agencies and, in one case, a museum.

There is undoubtedly some weak provision at level two just as there is at level three and in all parts of education.

The casual denigration of level two vocational programmes in this report is however part of a pattern.

Lower level work in colleges is something that is not well understood by elite commentators, is low status and easy to stigmatise.

Such careless commentary is damaging, not least by inviting yet more tinkering and ‘transformation’ of a system that is not in any real sense broken.

These students and the colleges that serve them deserve better. 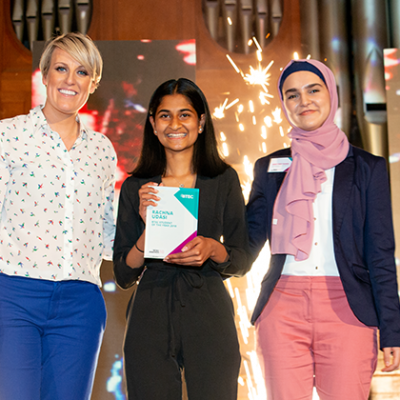 Nominations are open for the 11th...