Further education colleges in England are set to be hit by staff strikes over pay early next month.

Members of the University and College Union (UCU) are expected to take industrial action on Tuesday, December 3.

More than two-thirds (71 per cent) of UCU members who voted backed strike action after employers offered a pay rise of 0.7 per cent, which, the union says, would leave staff with a 15 per cent pay cut in real terms over the past four years.

Michael MacNeil, the union’s head of bargaining, said: “This result is a reflection of our members’ anger at the employers’ refusal to do anything to address falling pay at a time when the cost of living continues to rise.

“College lecturers have seen their pay fall by 15 per cent in the past four years and fail to make up any ground against school teachers’ pay, despite increasing workloads.”

The UCU strike vote comes despite the Association of Colleges (AoC) having reached agreement on pay with Unison, AMiE, ATL, UNITE and GMB through the National Joint Forum (NJF).

Emma Mason, director of employment policy and services at the AoC, said: “We are disappointed that UCU members have voted to take strike action following their ballot on the union’s decision to reject the national pay recommendation.

“Their decision stands in stark contrast to the response of the other five nationally-recognised unions who have accepted the recommendation and reached agreement with us in the NJF.

“This offer reflects the very real financial constraints our member colleges are facing.

“Since 2010, government funding to colleges has reduced by 25 per cent with a cut of £250m in this year alone.

“The forum agreement explicitly acknowledges the financial pressures on colleges and recognises that it is subject to affordability at the local college level.

“UCU’s pursuit of an and unrealistic 5 per cent pay claim and its threat of industrial action risks damaging the education and training of students, undermines the reputation of colleges both locally and nationally and places an undue burden on non-teaching staff and non-union members to take measures to minimise disruption to the student experience.” 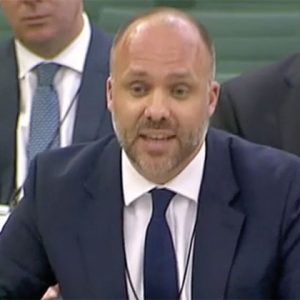 Fresh round of redundancies at Learndirect...